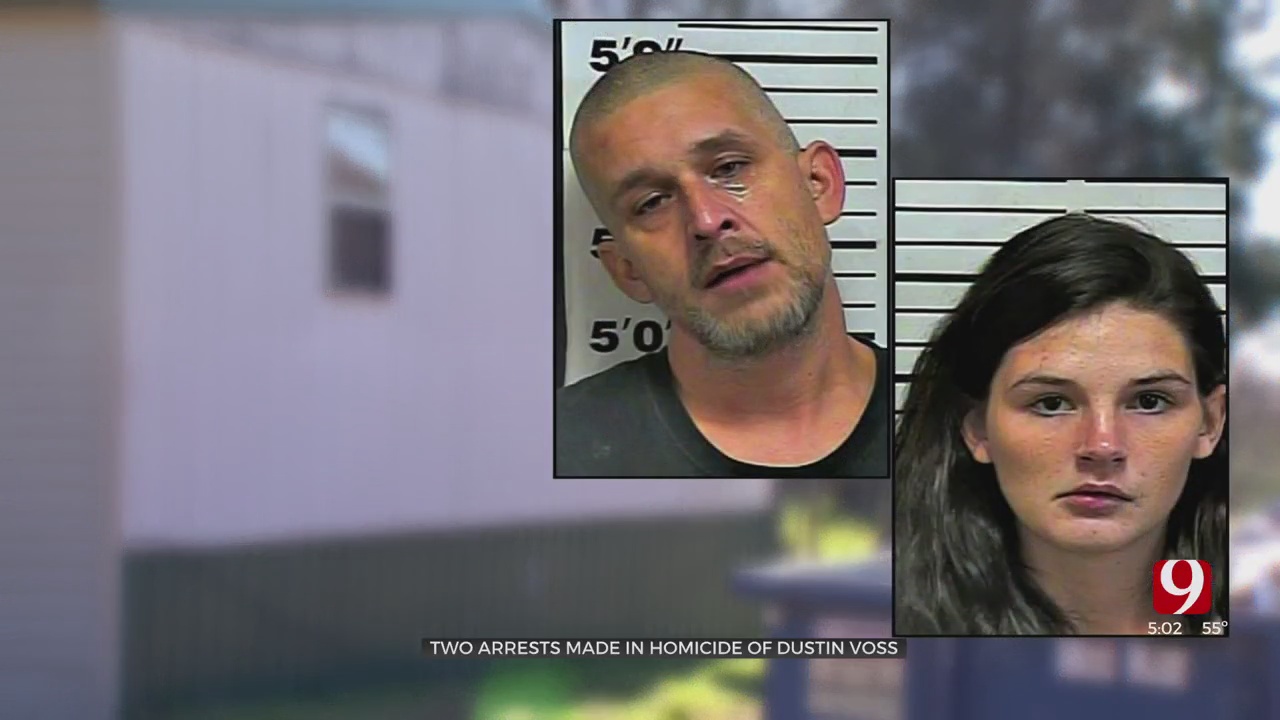 Two people are accused of dropping a murder victim’s body off in the parking lot of an Oklahoma City hospital two weeks ago.

Police said the two accused killers left Dustin Voss, 43, there following a fight over a gun.

The two suspects were booked into jail on complaints of second-degree murder and assault with a dangerous weapon.

The gun used was also stolen in a burglary, police said.

Two weeks ago, police were notified of a body in the parking lot of St. Anthony Healthplex near Interstate 40 and Douglas Boulevard.

Investigators followed leads to a home in Nicoma Park.

John Parks works for the same employer as Voss. He started working on the home next to Voss's, the day after the man died.

“How dangerous is this place?” said John Parks, who worked with victim. “This is the first since we moved here from Iowa and it’s like what am I getting into down here?”

Parks learned about the suspects, Ronnie Lynn Asbury, 23, and Jeremiah Kirkpatrick, 41, from co-workers who were close to Voss.

“He started hanging around some pretty shady people, and the guy that worked with him on a daily basis had tried to get him out of it. Apparently, he just couldn’t,” said Parks.

Arrests warrants stated the two suspects where living with Voss in the Nicoma Park home. Voss's landlord, who was also his employer, told him to have the two move out immediately.

Police said hours after Voss told his friends to move out, his body was discovered at the hospital.

Witnesses close to the suspects told investigators that Asbury and Kirkpatrick claimed there was a fight over a gun and Voss was accidentally shot in the stomach.

Parks met the Voss's family when they came to pick up his belongings from his home.

“They came up from everywhere,” said Parks. “Alabama tags, Florida tags, Texas tags and they were all shaken, very sad.”

He was relieved to hear the suspects were caught.

“Yes, that’s a load off,” said Parks. “Anytime someone does something like this. Justice.”

The medical examiner confirmed the victim was shot in the stomach area and had a fractured arm.