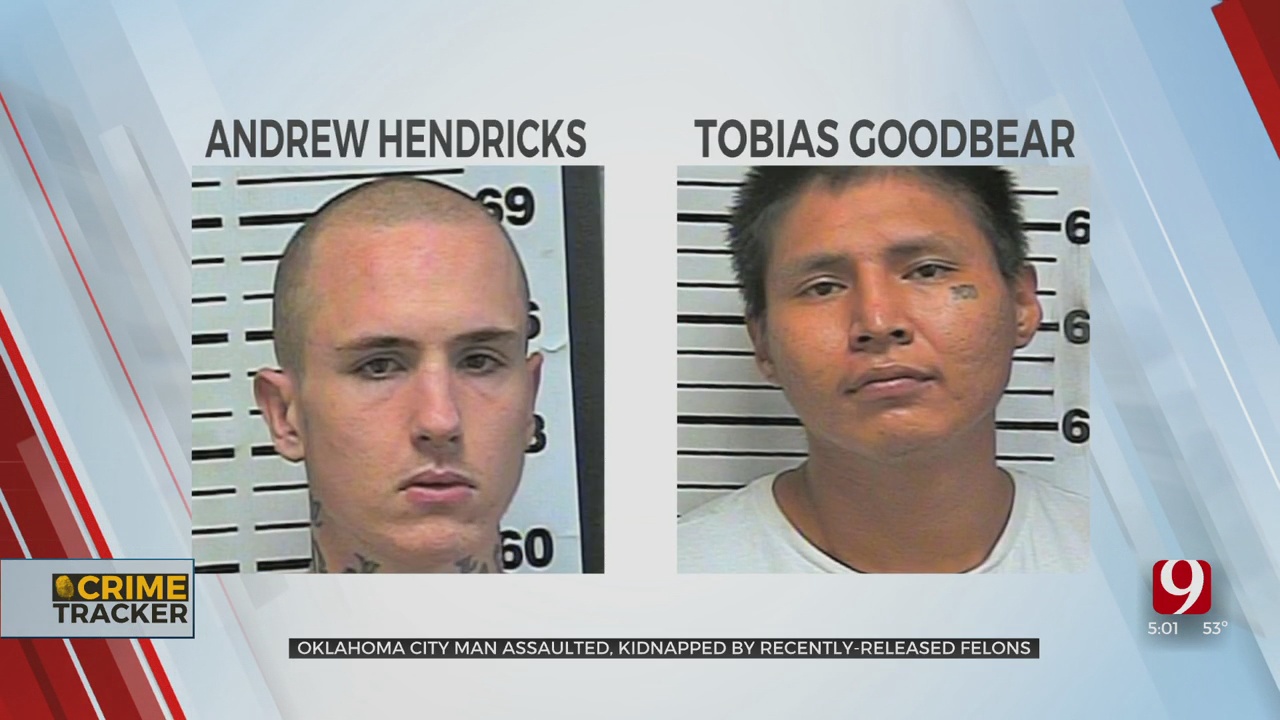 A man is accused of returning to crime the day after he was released from prison, according to Oklahoma City police.

The man and another suspect are accused of kidnapping, assault and carjacking over the weekend.

The crime spree on Saturday started at the Meridian Inn hotel near South Meridian and Will Rogers Parkway.

The 23-year-old victim told police he was standing by his truck smoking when a man came up to him holding a hatchet and allegedly forced him in the truck. He said another man jumped in the driver seat of the truck.

The victim was forced to sit in the middle with his head down so he could not see where they were going. They left the hotel and drove to Moore.

“They drove out to a field where they pulled him from the vehicle and beat him, and then drove away in his vehicle,” said Oklahoma City Master Sgt. Gary Knight.

The victim only had minor injuries and was able to call for help. Officers met up with him on an I-35 Service Road. He told them he thought two men were going to kill him.

“It turns out, a very short time later, the highway patrol stopped that vehicle,” said Knight. “They heard what happened, saw the vehicle on the highway and pulled it over.”

The two were taken into custody but not before the victim was able to get a good look at them.

“The victim was able to positively ID the men as the ones who had just assaulted him and stole his truck,” said Knight.

Police said Hendricks was released from prison less than 24 hours before he was arrested for the crime spree.

Both men were booked into the Oklahoma County Detention Center on complaints of robbery, kidnapping and assault and battery.

“So not a very good start to his time on the outside,” said Knight.

Police returned the truck back to the victim.