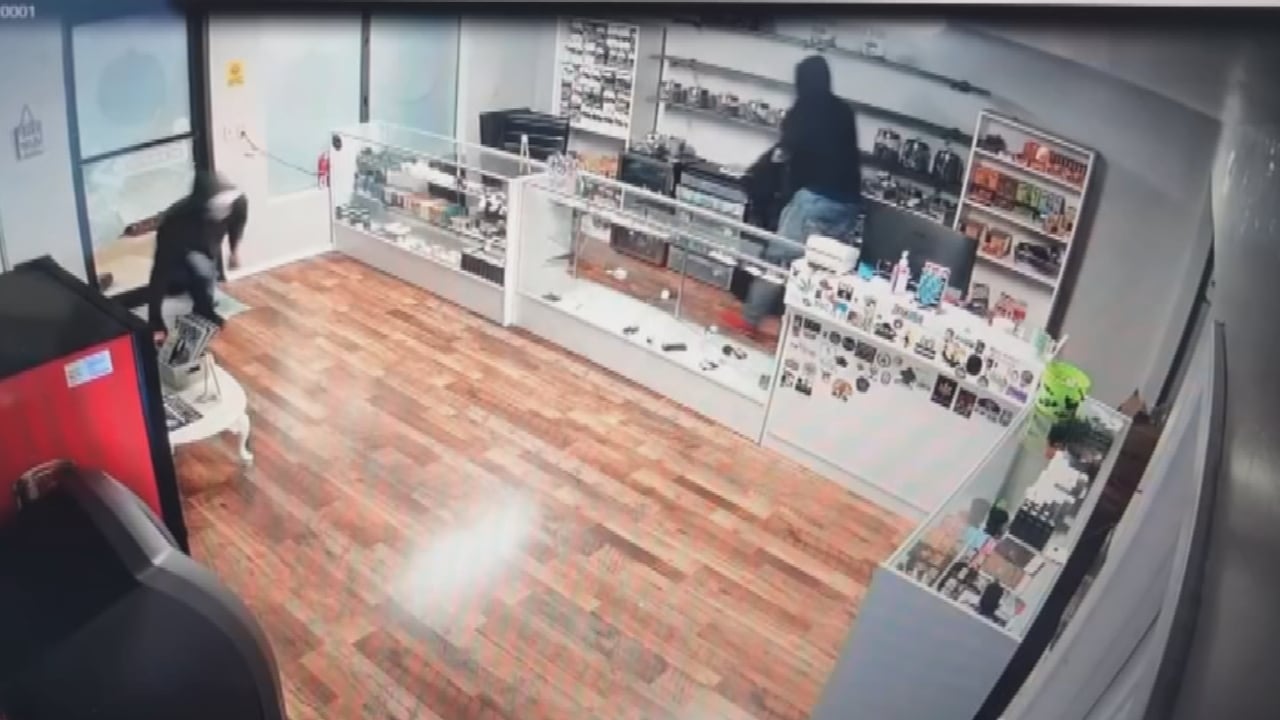 According to Police, around 1:30 a.m. on October 29th the two suspects broke the bottom glass off the front door of a vape shop with a landscaping brick. Investigators say they stole merchandise and cash totaling about 12,000 dollars.

Officers say they found one of the suspect's shoes outside the business and have sent the evidence to OSBI for analysis. The first suspect is described as being approximately 6’1 – 6’3 inches tall and 230 pounds. They were wearing Rock Revival jeans, black hoodie, red Nike Air shoes, (size 13), and carrying a black duffle bag with the letters “UFC” imprinted in white. The second suspect appears to be 5’9 – 6’0 inches tall. They were wearing Rock Revival jeans, a gray hoodie, white hat with black and white Nike shoes.

If you have any information regarding these suspects and vehicle, please contact Detective Cipriano at 405-527-4670.