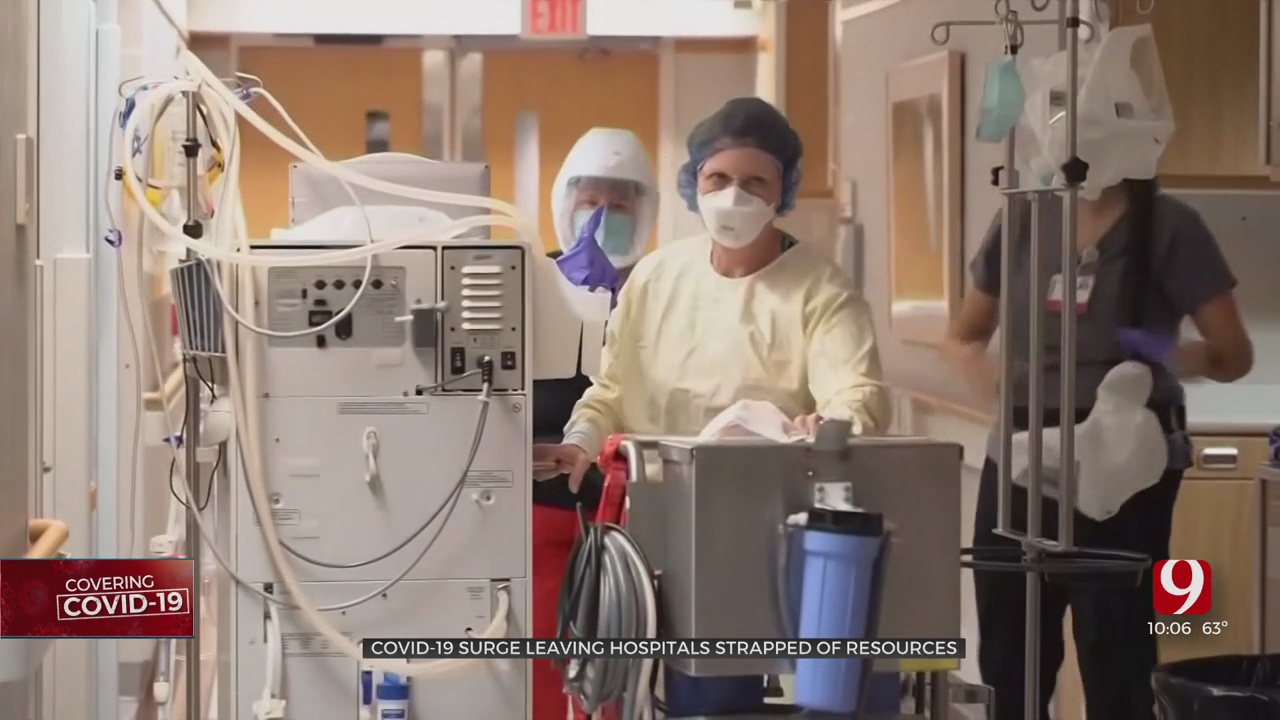 The Chief Medical Officer of Comanche County Memorial Hospital, Scott Michener, said they have run low on ventilators at the hospital at least twice since last week.

“One day we were down to one ventilator,” said Michener. “That’s pretty stressful because if two people come in, you only have enough for one. So, we kind of went into panic mode, a little bit.”

Later, staff used a ventilator from an ambulance to help a patient.

“It doesn’t have all the bells and whistles and features of a full ventilator... but we had to use one this weekend,” said Michener.

The Oklahoma State Department of Health is sending additional ventilators to CCMH, Michener said, but there’s a concern of running out of other resources besides ventilators.

“My concern is, we can keep getting ventilators but who’s going to run them?”

Sixteen counties do not have any ventilators, according to the state.

“There is a fixed amount of resources here,” said Dr. David Chansolme, an infectious disease physician with Integris Health.

Although hospitals may have enough ventilators now, Chansolme said that could change if the recent increases in cases and hospitalizations continue.

Gov. Kevin Stitt and medical officials pleaded with the public last week to wear face coverings to help slow the spread of COVID-19, which has killed 1,570 Oklahomans as of Wednesday.