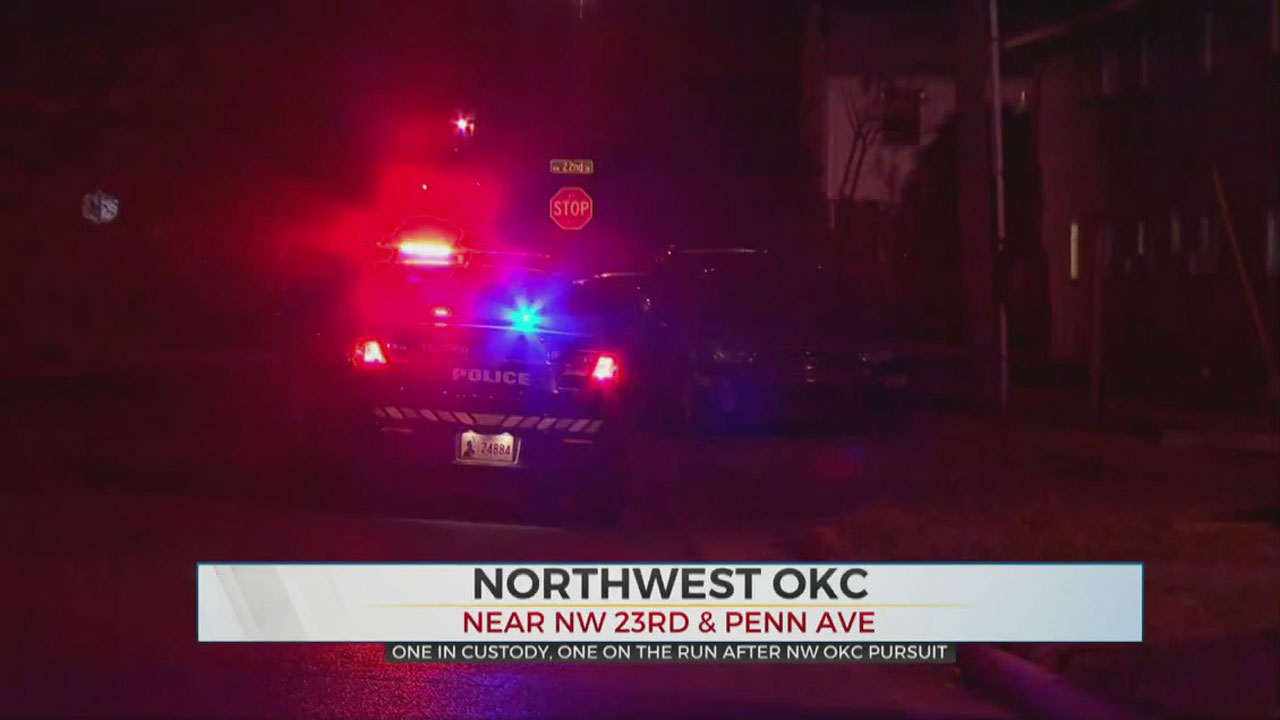 Police said a man is in custody and a woman is on the run after a short pursuit in northwest Oklahoma City.

According to authorities, officers tried to stop the driver of a Chevy pickup after receiving reports that it was stolen.

The driver took off, stopping near Northwest 23rd Street and North Pennsylvania Avenue, where the two got out and ran, police said.

The male passenger was caught.