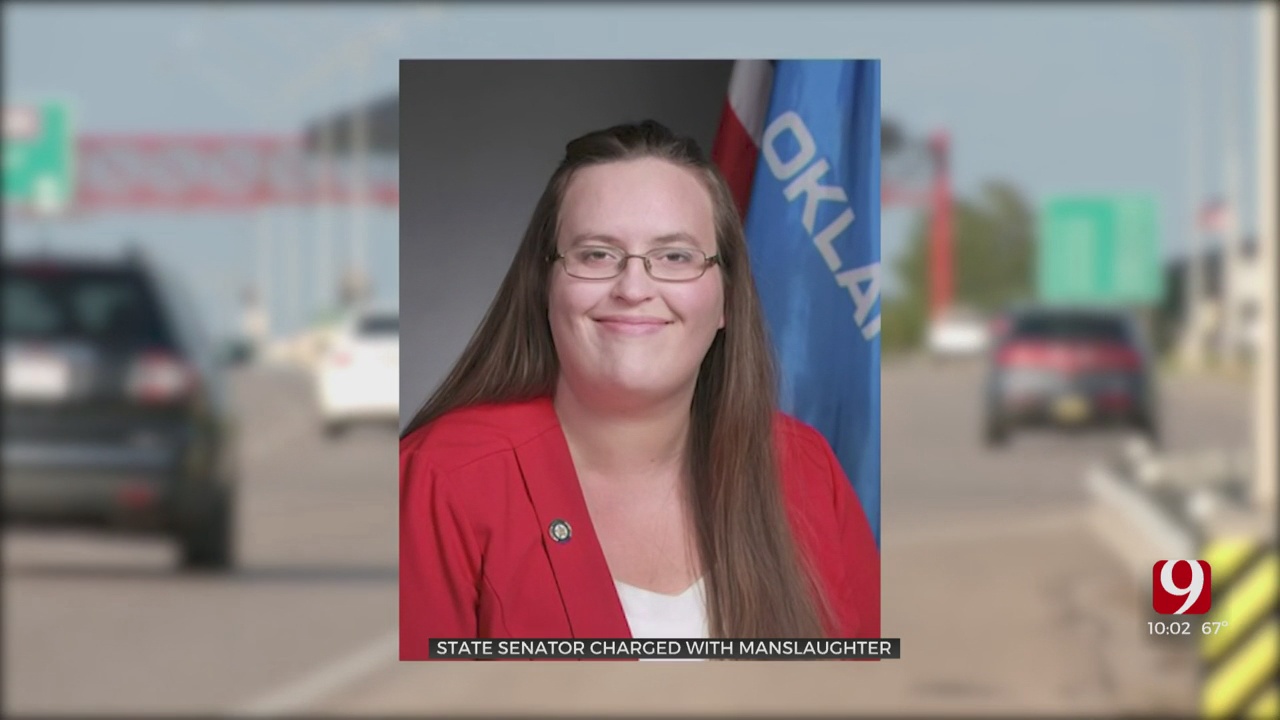 An Oklahoma state Senator was charged Monday with one count of manslaughter following a fatal crash on the Turner Turnpike.

Senator Allison Ikley-Freeman was traveling westbound on the Turner Turnpike around 7:30 a.m. on May 22 when she lost control of her vehicle and crashed into another vehicle.

The crash killed Enrique Lopez, 44, of Bristow. Lopez was pronounced dead at the scene.

According to Oklahoma Highway Patrol, Lopez lost control of his vehicle traveling westbound before the crash.

Ikley-Freeman was pinned inside her vehicle for approximately 40 minutes before being taken to OU Medical Center in serious condition. She has since recovered.

OHP said heavy rain was falling at the time of the crash. Lincoln County district attorney Allan Grubb said Ikley-Freeman was traveling at speeds around 90 miles per hour.

Representatives of Ikley-Freeman told News 9 in May the state Senator was traveling to the capitol at the time of the crash.

Ikley-Freeman’s attorney released this statement to News 9 after charges were filed.

“Having just received a copy of the allegations, it would be improper to release a statement before reviewing the allegations. However, we believe that when the facts are completely vetted, it will show that this was a tragic unavoidable accident. Our sympathies for the family of Mr. Lopez.”

If convicted, Ikley-Freeman could face anywhere from four years in prison to a life sentence.

She lost her bid for re-election on Election Day last week.

Entering A Pleasant Weekend, With Temps Sitting Comfortably In The 80s