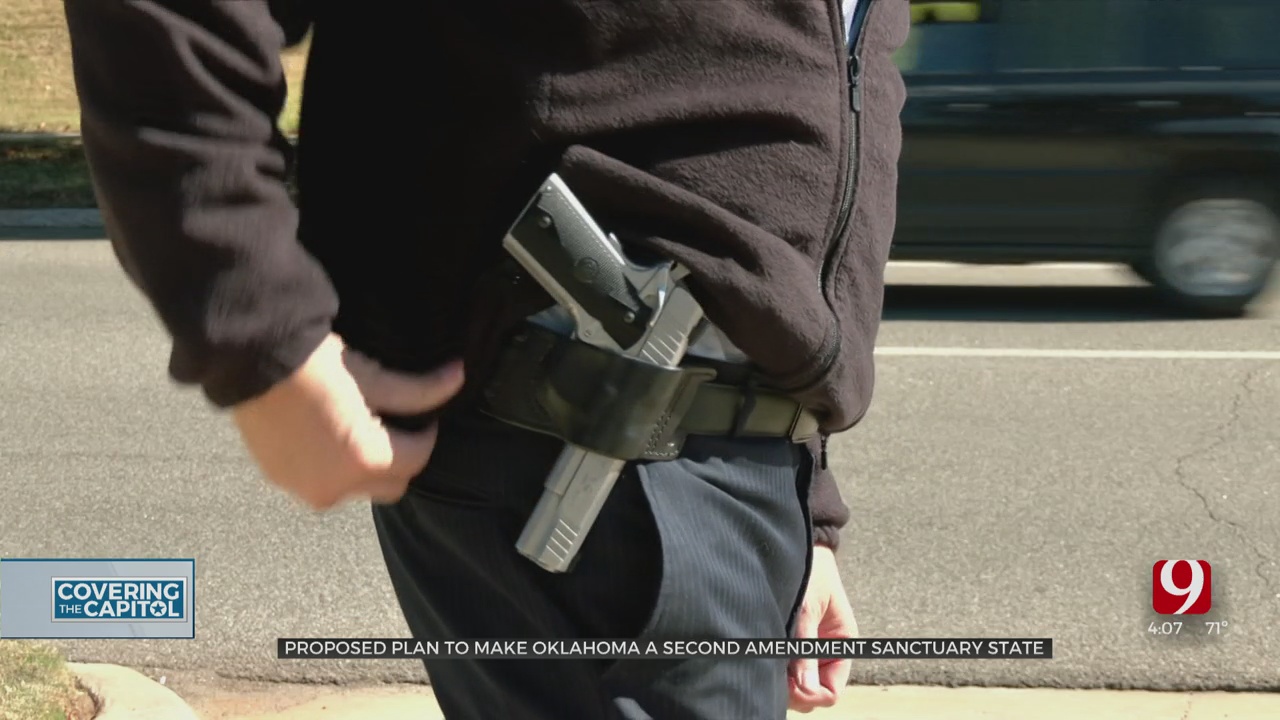 Some Republican state lawmakers are drafting legislation that they say will protect gun rights in Oklahoma when presumptive President-elect Joe Biden takes office.

“Meaning that those cities, those states, those counties that enact this will not implement any unconstitutional gun control measures,” Dahm said.

Dahm said he is also considering language that would prevent police from enforcing gun control measures.

“A lot of how the feds try to implement these things is through local law enforcement, qhether it’s county sheriffs, local police departments, and they try to attach funding to that to force those cities and counties to do that. So what we could do is make sure that those cities and counties don’t accept any federal funding to implement any gun control measures,” he said.

“He is known for being an extremist. As a senator, he has proposed unconstitutional legislation and that’s what this feels like right now. Frankly, it feels like a political ploy. He wants attention because the president he supported just recently lost,” said Cacky Poarch with Moms Demand Action.