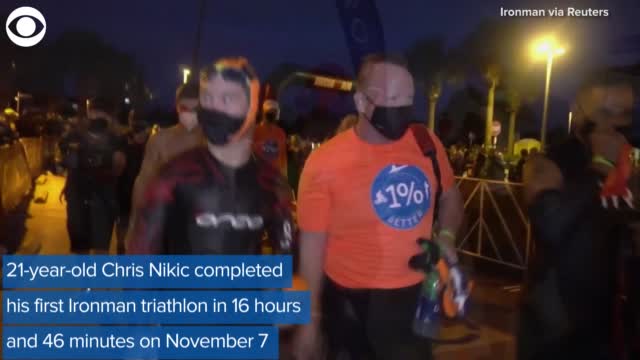 Man With Down Syndrome Finishes Ironman 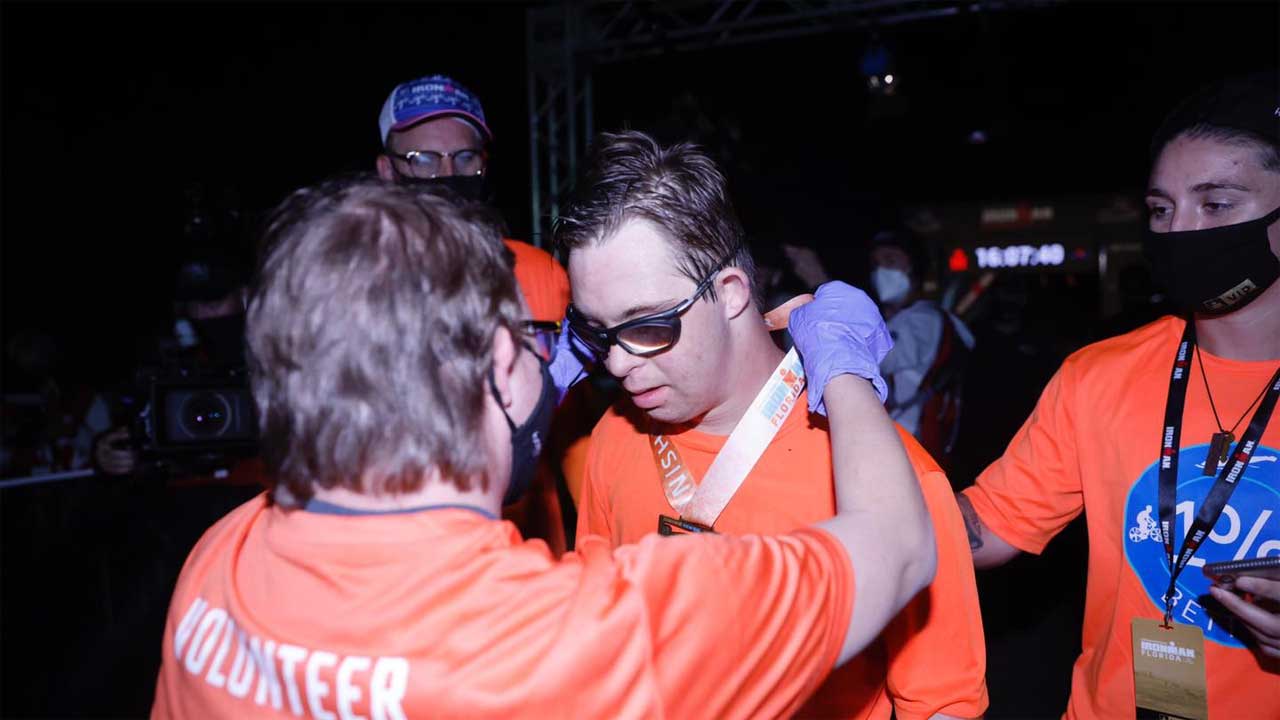 Chris Nikic became the first athlete with Down syndrome to complete an Ironman Triathlon. The 21-year-old from Maitland, Florida earned himself Guinness World Record for the finishing race and his milestone was considered a "historic achievement" by the Special Olympics.

Nikic swam 2.4 miles, biked 112 miles and ran 26.2 miles in 16 hours, 46 minutes and nine seconds during Ironman Florida in Panama City Beach on Saturday and finished 14 minutes before the official cut-off time. Nikic competed along with his guide, Dan Grieb.

Nikic reflected on the milestone on Instagram and set his sights for more next year. "Goal set and achieved," Nikic wrote Sunday. "Time to set a new and BIGGER Goal for 2021."

He added that this goal was all about "inclusion" and awareness for Down syndrome and the Special Olympics.

His achievement was praised by many online, including tennis icon Billie Jean King, who is no stranger to breaking barriers. "Congratulations to @ChrisNikic, the first person with Down syndrome to complete the grueling IRONMAN! No limits. No boundaries. Keep dreaming big and going for it, Chris!" she tweeted.

The Global Down Syndrome Foundation, a U.S. non-profit that aims to improve health outcomes for people with Down syndrome, congratulated Nikic, saying he "has broken barriers and shattered doctors' expectations."

"We are beyond inspired, and your accomplishment is a defining moment in IRONMAN history that can never be taken away from you," Ironman Triathlon's official Twitter account wrote.