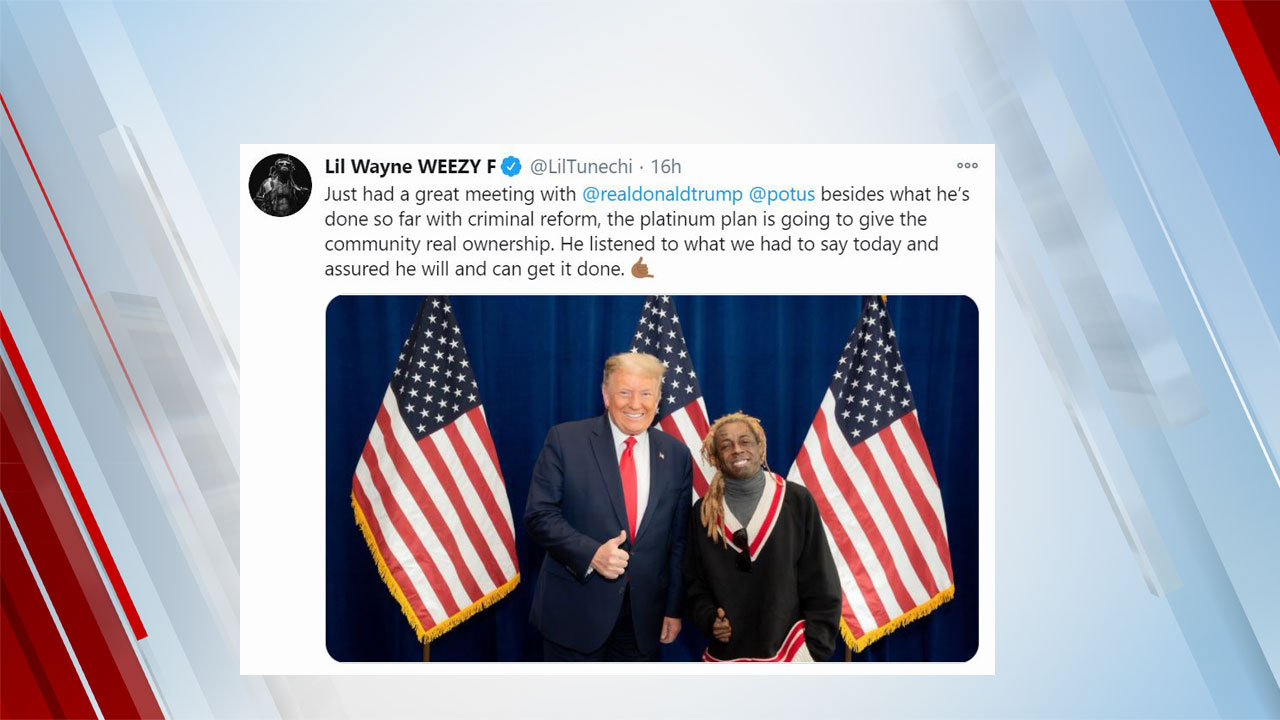 Rapper Lil Wayne met with President Trump in Florida on Thursday, becoming the latest hip-hop figure to publicly associate with or support the president ahead of the election.

Lil Wayne, whose real name is Dwayne Michael Carter Jr., took a photo with Mr. Trump after discussing the "Platinum Plan," a Trump administration initiative launched in September meant to "uplift Black communities" across the U.S. through a $500 billion investment.

"Just had a great meeting with @realdonaldtrump@potus besides what he's done so far with criminal reform, the platinum plan is going to give the community real ownership. He listened to what we had to say today and assured he will and can get it done," said Lil Wayne. He has known Mr. Trump for years, having been a contestant on NBC's "Celebrity Apprentice" in 2013.

The rapper was criticized by some fans online for seemingly endorsing Mr. Trump. 50 Cent — who endorsed the president last week and then backtracked after his ex-girlfriend, the comedian and author Chelsea Handler, pressed him on it — slammed Lil Wayne for taking the picture.

Ice Cube also worked with the Trump administration on the Platinum Plan, but he explained that it was not endorsement. He said it was an opportunity to discuss his Contract With Black America, a series of policies to address racial inequality. Democrats asked to speak about his initiative after the election, Ice Cube said.

"I'm willing to meet with anybody who could bring this to life and make it a reality," he told "Fox News Sunday" host Chris Wallace.