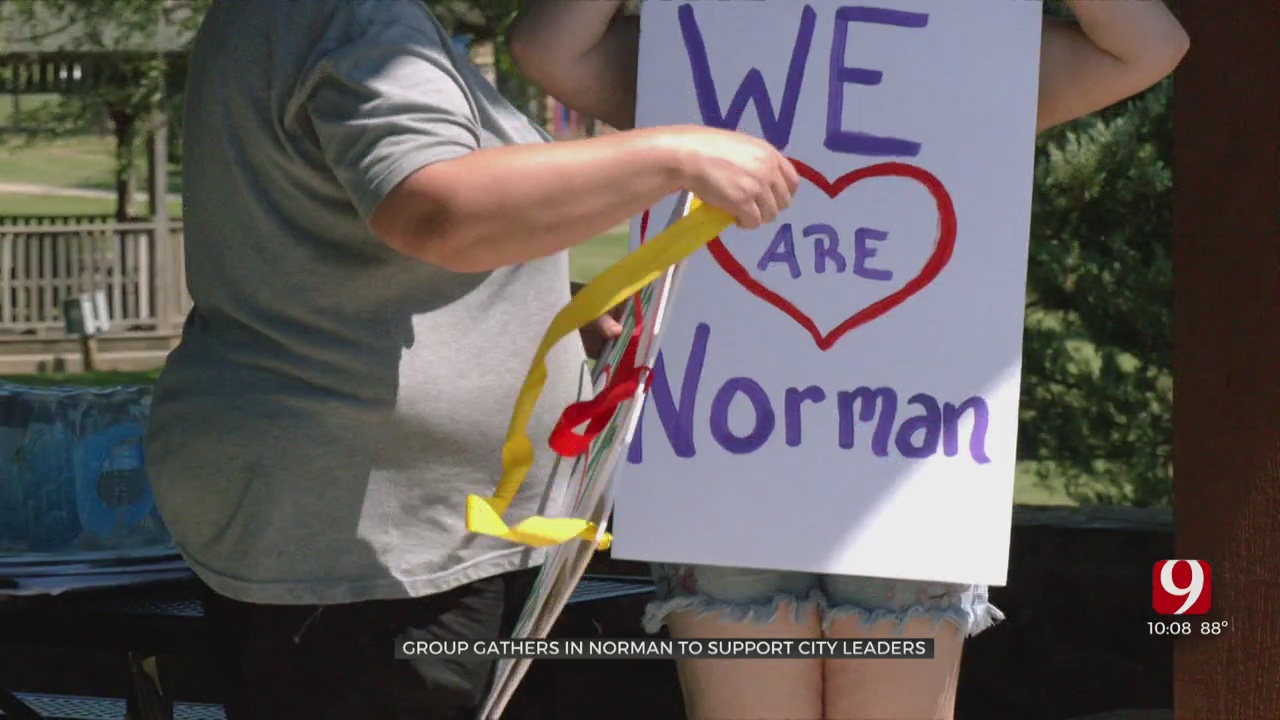 Dozens of people rallied Sunday in Norman in a show of solidarity for city leaders.

We Are Norman used Legos to convey their message, saying they were representative of a city divided.

Drivers lined the streets in Noman, honking their horns and holding up signs of encouragement for Norman's city council.

“We want to come together as a community and be the echo of the opposite conversation to give out an example of positivity,” We Are Norman member Christen Thomas said.

Another group, Unite Norman, hopes to remove Clark and the councilmembers in Ward 1, 3, 5 and 7. The group filed petitions recalling the leaders after they voted to slash police funding. According to the group, they've collected 20,000 signatures on a petition so far.

King does not support the petition.

“We think it's actually tearing the community apart,” King said. “We're just trying to send a message of peace and using your voice in a positive way.”

To spread their message, We Are Norman used donated Legos to represent their effort to build up the city while they say others are working to divide it.

Members of Unite Norman, however, said they're not trying to divide the city. They just want to make it stronger.

“We love the diversity of this town,” Smith said. “We think it's got so much potential, and we don't think that's been harnessed by our mayor and city council.”