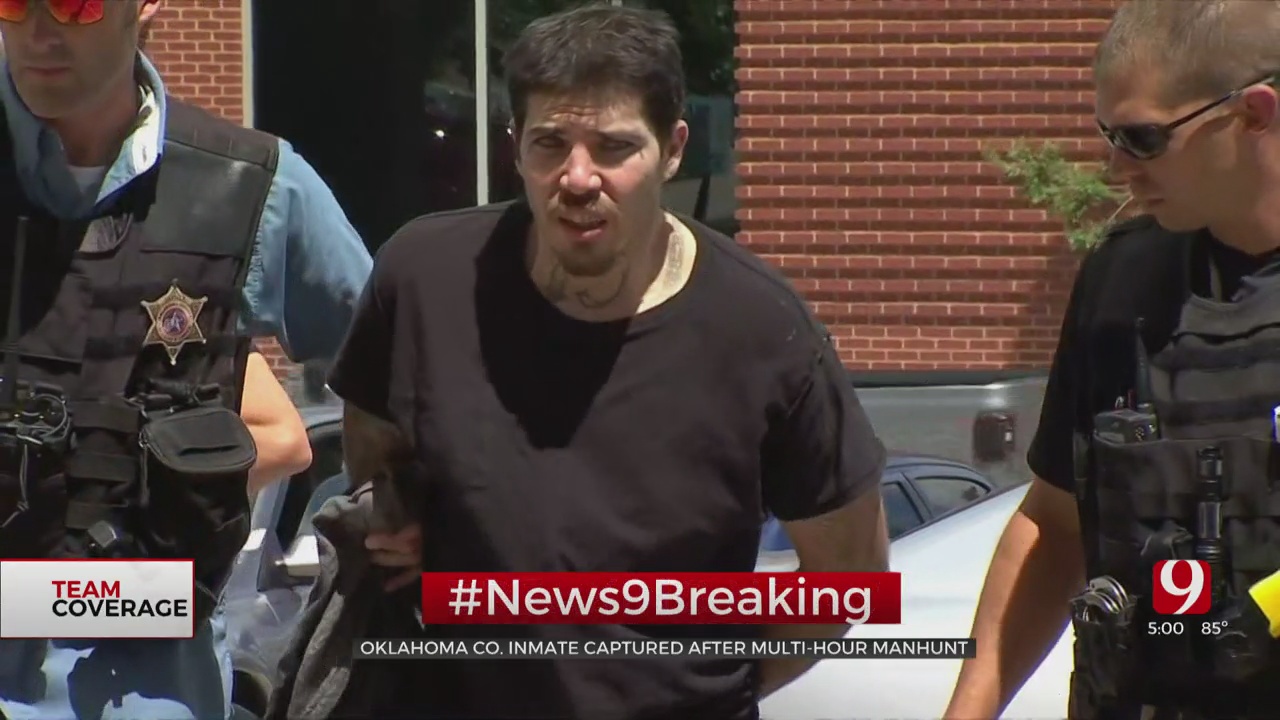 Two inmates who escaped from the Oklahoma County Detention Center Friday morning are back in custody.

The men escaped from the 12th floor by breaking out a window and climbing down bedsheets that were tied together.

The U.S. Marshals, Oklahoma City police and Oklahoma County deputies found Pablo Robledo, 34, who was being held on a first-degree murder charge in southwest Oklahoma City after a nearly seven-hour manhunt. Robledo was taken into custody without incident.

Robledo was last seen on jail security cameras just before 5:30 a.m. running south of the jail.

The jail administrator said the men likely planned the escape and knew the best time to flee.

“That is the busiest time for the jail when we’re passing out medication, passing out food trays,” Oklahoma County Detention Center Jail Administrator Greg Williams said. “Shift change is going on, so again, that is probably the most chaotic time during the day.”

Detention center officials said they are investigating the escape and will make changes to the security of the building.

Robledo and Hernandez will face new charges in addition to the ones they were being held on.