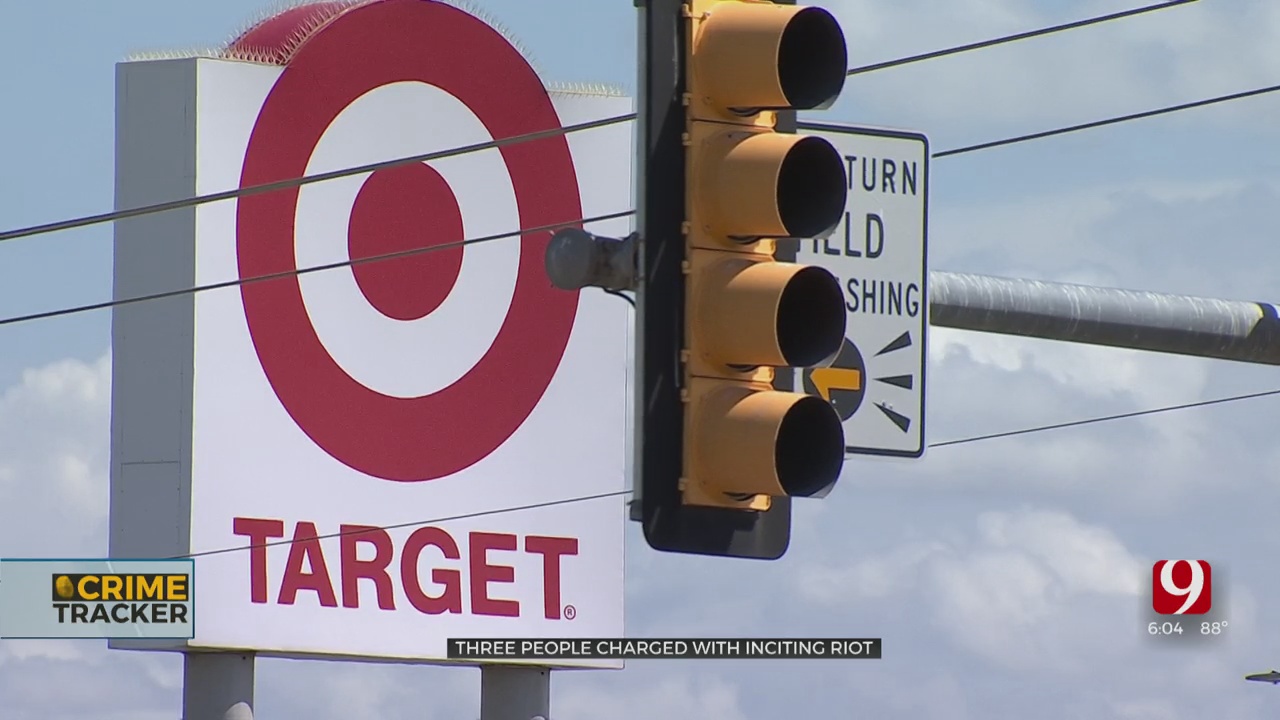 Oklahoma County prosecutors charged three men who were seen on Facebook in May allegedly planning a riot. The group called for citizens to help them loot an Oklahoma City Target.

Court documents showed Demarion Love, 24, Kenyatta Johnson, 21, and Jessie Hardy, 23, wanted 44 people to help them riot and claimed they were going to start a shootout.

“Hey, pull up,” suspect Demarion Love said on the livestream. “I’m fixing to go start this riot at Target on expressway.”

Love’s Facebook livestream was around the same time riots were going on in Minneapolis.

“Y’all be on Facebook talking how you want justice. Pull up to the Target,” Love said.

Court documents showed the video "caused great alarm as hundreds of people were watching." Many of those viewers reported the video to police.

Love encouraged the viewers to meet them at Target near May Avenue and Northwest 50th and several other stores to riot and loot.

His friends in the front seat are Johnson and Hardy. Police said the men were making gang signs and smoking weed.

The video eventually wound up as evidence against the men.

The Oklahoma County District Attorney recently charged all three men with incitement to riot and possession of a firearm while committing a felony.

Love can be seen in the video holding a gun and talking about having a shootout with police. It was the same gun police found when they arrested Love and Johnson in a parking lot near May Avenue and Northwest 63rd. Hardy was later arrested on a warrant.

A judge has been assigned to their case. Their next court date has not been set.