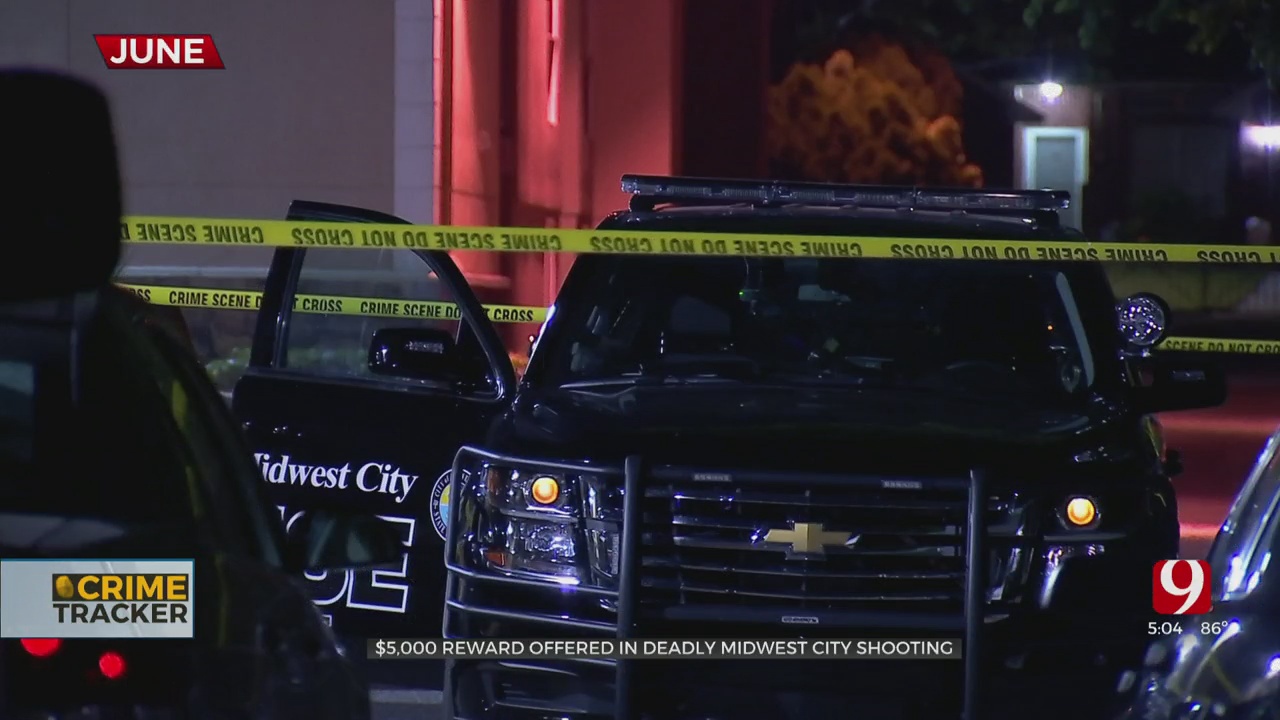 Midwest City police announced Friday that local banks and a murder victim’s family are offering a $5,000 reward for answers into a teenager’s death.

Police have not released the 17-year-old victim’s name but said he was a student at Star Spencer High School.

Two weeks ago, gunshots startled people out of their places of residence at the Midwest Territory Apartments near Northeast 10th street and Midwest Boulevard.

“I just heard the gun shots and I walked outside and I saw the guy picking up his gun off the ground,” witness Kalin Cheadle said.

The 17-year-old victim died at a local hospital. Investigators have only a vague description of the suspect.

“It was a tall, light-skinned black male that left the area in a four-door vehicle,” Midwest City Police Chief Brandon Clabes said.

Since the teen's death, Clabes said those initial leads have gone cold. The high school student's family and school could not provide help in the form of clues.

“We’ve talked to school resource officers at Star Spencer High School where this student went,” Clabes said. “We’re not getting any indications that he was involved in anything but we never know until we look deeper into social media, text messages.”

Investigators have subpoenaed the teen's social media accounts. In the meantime, the community has pulled together to offer a $5,000 reward.

“Hopefully, we’ll develop some leads into this 17-year-olds death and murder that occurred,” Clabes said.

Clabes said his officers have seen an uptick in violent crimes this year in the black community. His department is now working with black community leaders to come up with a solution to help solve those crimes.

“We’ve got to do something because there’s a movement across the United States about justice,” Clabes said. “But we need justice here by the fact that people have to cooperate with us and assist us in these violent crimes.”