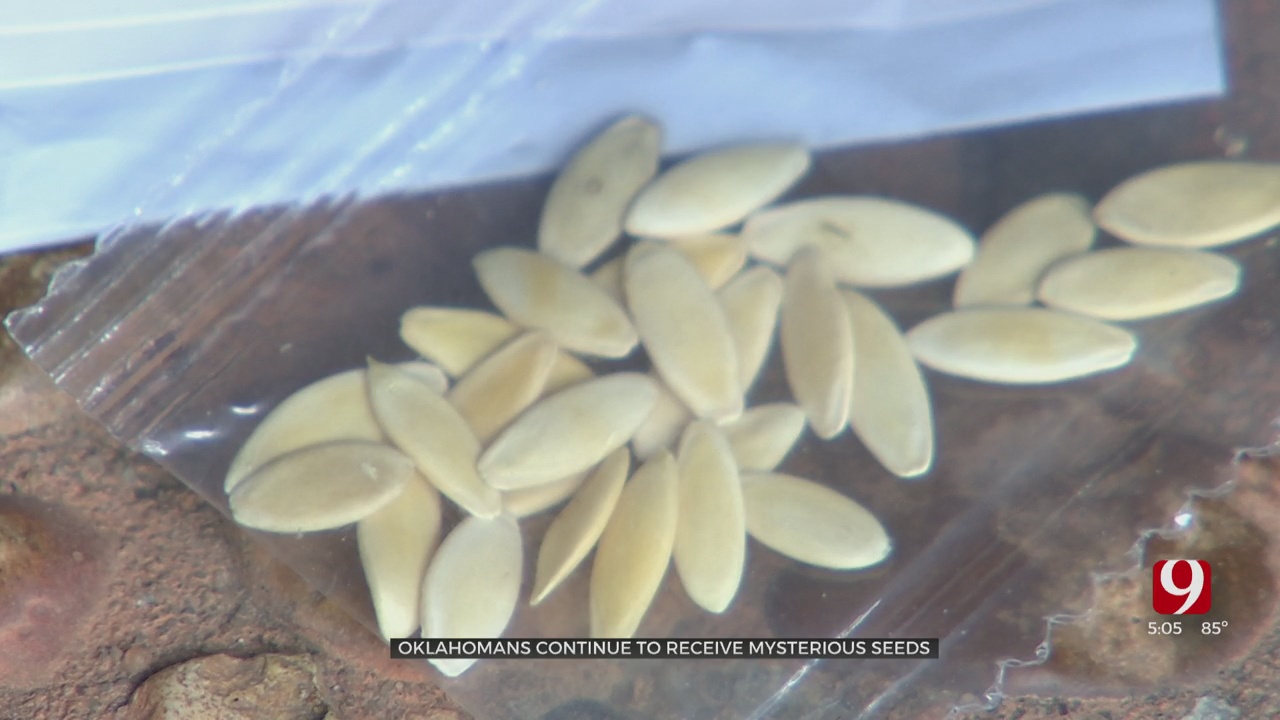 Oklahomans have continued to receive mysterious packages of seeds in the mail this week.

Oklahoma City resident Laura Corbyn said she was surprised when she opened her mailbox this week.

“It was so little, and I looked at it. It says it's a ring, and it's from an address in China,” Corbyn said.

At first, Corbyn said he threw the package away, but after a quick Google search, she learned she was one of many recipients.

The USDA and Oklahoma State Department of Agriculture, Food and Forestry are investigating after several people received the unsolicited small packages of seeds from China.

“These packages are typically coming in small envelopes that are labeled a jewelry of some sort,” Oklahoma Department of Agriculture, Food and Forestry Public Information Officer Morgan Vance said.

Officials said this is some form of agriculture smuggling. While the seeds may be harmless, there is a chance they could cause serious damage to local plants or livestock.

Recipients can also drop them off at the front desk of the Oklahoma Department Agriculture Food and Forestry on the 2800 block of North Lincoln Boulevard.

Families Can Be Reimbursed For Food Lost During Power Outage

Oklahomans Continue To Struggle Without Electricity