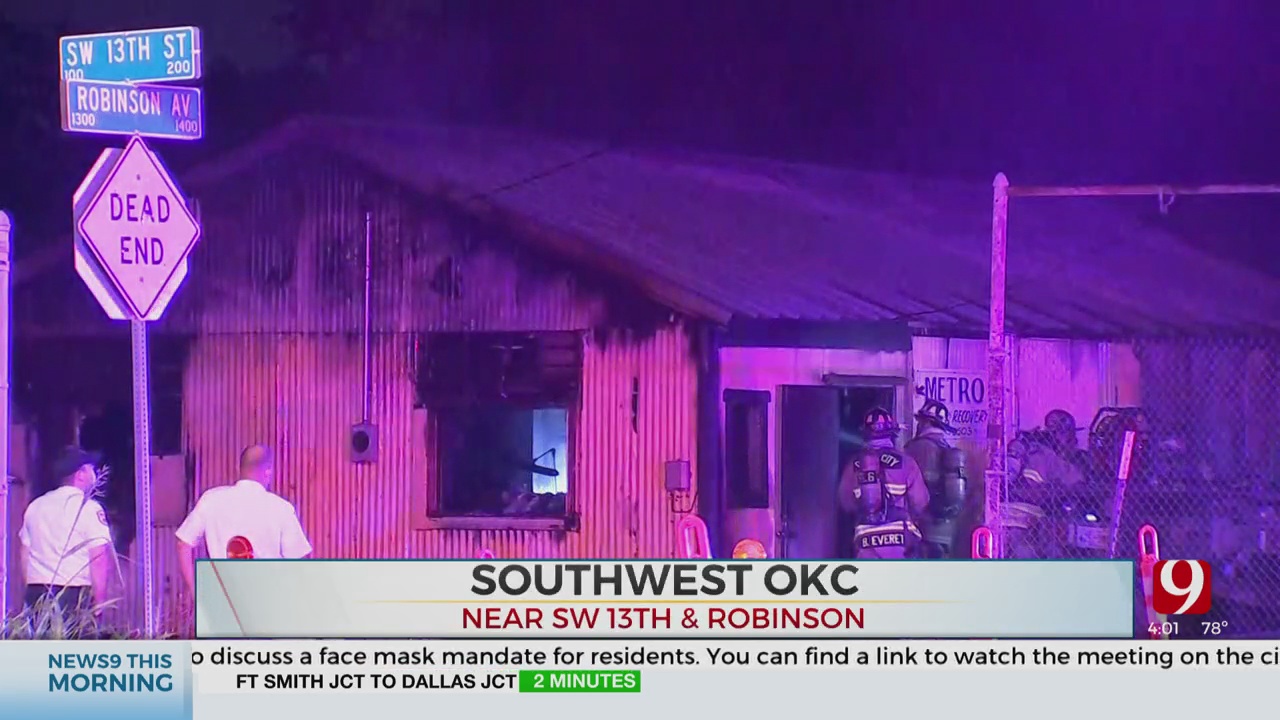 Firefighters say a southwest Oklahoma City business is a total loss after a fire near Southwest 13th Street and South Robinson Avenue.

Firefighters said there was only a dog inside during the time f the fire, but it was able to get out safely.