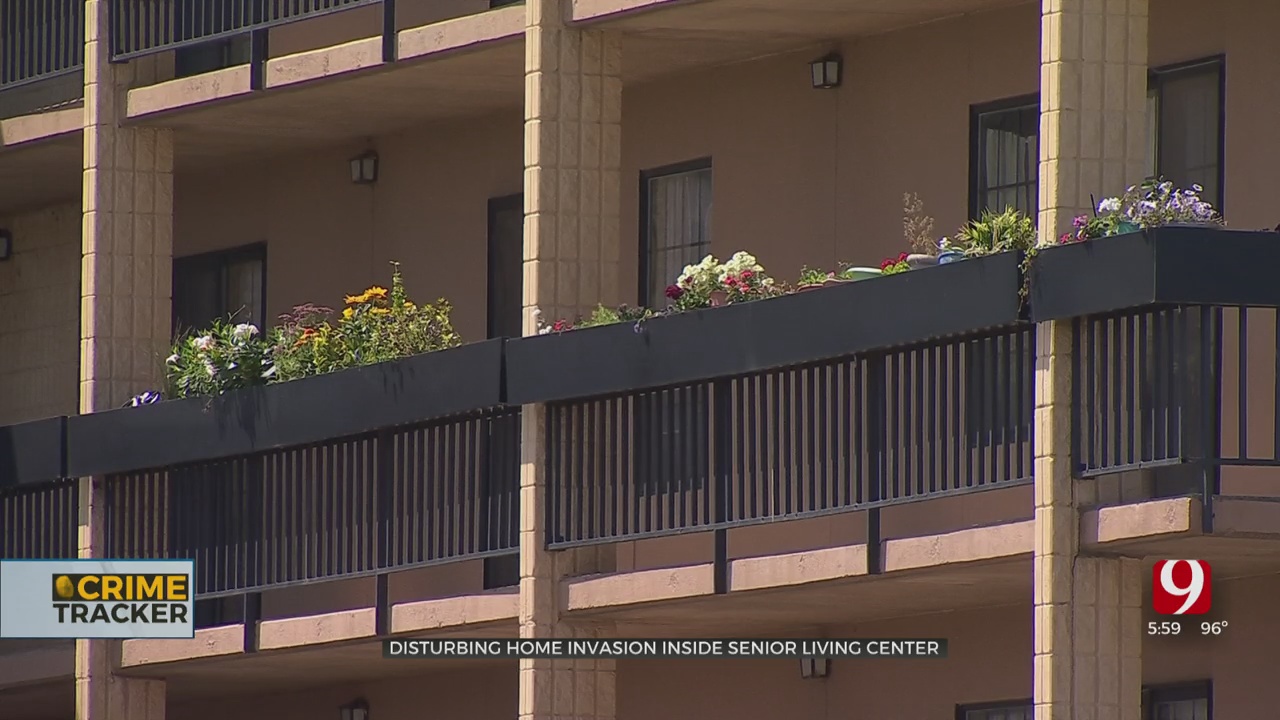 A home intruder was caught standing next to a metro woman's bed, in the middle of the night. Police said Kenneth Sandlin, 69, took off when the elderly victim screamed for help.

Oklahoma City police filed an arrest warrant this week for the burglary suspect. Sandlin lives next door to the victim at a senior living center.

The quiet Candle Lake Senior Center near Northwest 56th Street and Portland Avenue was disrupted when a resident called for help. The elderly woman's neighbor startled her when she woke up to him standing next to her bed.

“The victim had a cord in her apartment for emergencies,” said Sgt. Megan Morgan, Oklahoma City Police Department. “She pulled that cord which fortunately scared off the suspect.”

The arrest warrant indicates Sandlin spoke to the woman before he walked out. He reportedly said, "You don't give up easily." The victim told police he left through an unlocked patio door.

She indicated to investigators that she is afraid of Sandlin and had asked him several times to leave her alone.

“On a couple different occasions, he slid notes underneath her door,” said Morgan. “Basically saying he had an interest in her.”

Police said the bizarre notes were sent before and after the man broke into the victim's apartment. The notes stated, "I want to eat you" and "Joyce, I love you."

Another resident came forward after reportedly seeing Sandlin lurking around the woman's apartment.

‘There was a witness who said that previously he had seen him,” said Morgan. “It appeared he opened her door and tried to get in or see if the door was unlocked on a previous occasion and peered through her window for an extended period of time.”

We did reach out to property management to see what kind of safety measures were being taken for their residents, but our calls were not returned.

At last check Sandlin had not been arrested.