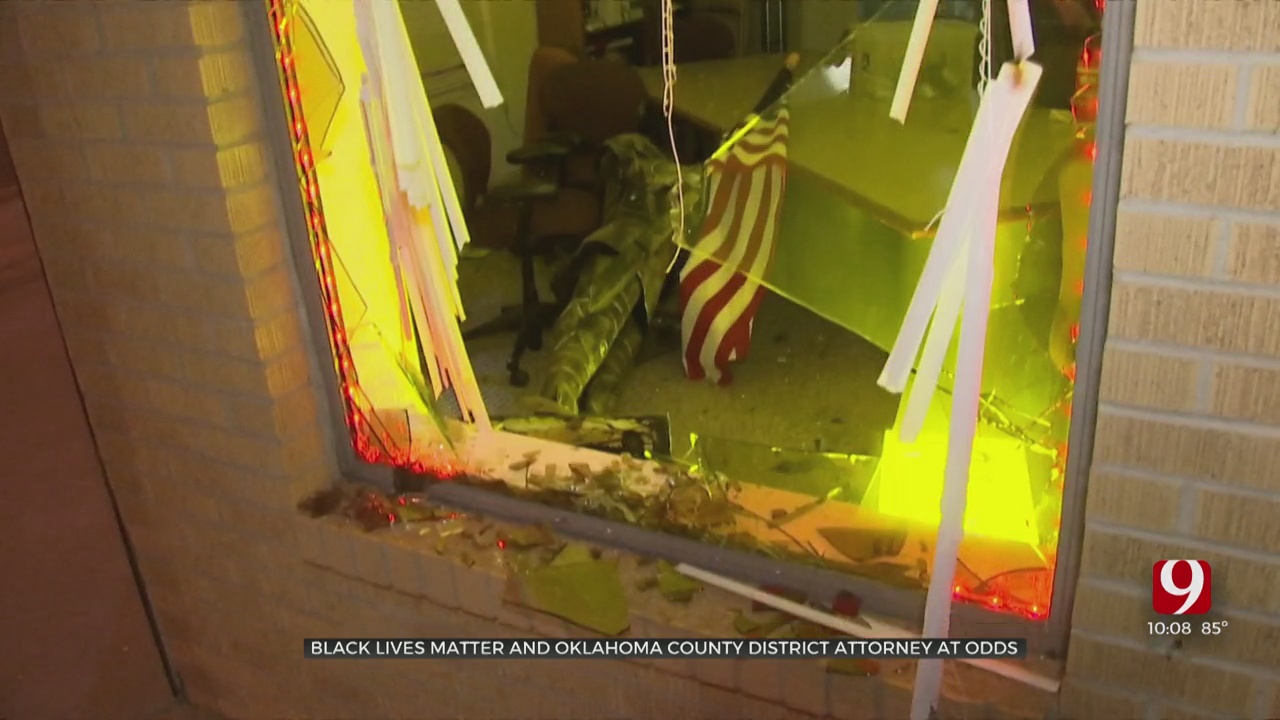 The Oklahoma County district attorney has filed terrorism charges against some protesters.

Black Lives Matter OKC said their constitutional rights are being infringed but the Oklahoma County district attorney isn't backing down.

In a statement DA David Prater accused three of them of using tactics employed by terrorists.

Black Lives Matter and the accused claim that charge doesn’t fit the crime.

According to court documents, as chaos erupted across the metro Eric Ruffin recorded the vandalism and streamed it live.

Documents allege protesters turned rioters had no plans of burning CJ's Bailbonds in downtown Oklahoma City until Ruffin called for it.

Ruffin is the man allegedly behind the video and the mask.

He took to Facebook Monday and said, "never set anything on fire or did anything wrong."

He was photographed after the chaos shaking hands with troopers.

“The charges that were placed on them are not indicative of terrorism,” said Black Lives Matter Executive Director T. Sheri Dickerson.

The streamed video shows him breaking out a window to the business. He's also charged with setting fire to an Oklahoma County vehicle. According to documents, video shows Ortiz and others "adding material through a broken window to aid in the spread of the fire."

“We know exactly what terrorism is, but despite our tragic history it seems that DA Prater has seemingly forgotten what surrounds and defines terrorism,” said Dickerson.

“The acts of these young people were not violent because no human was harmed,” said Dickerson.