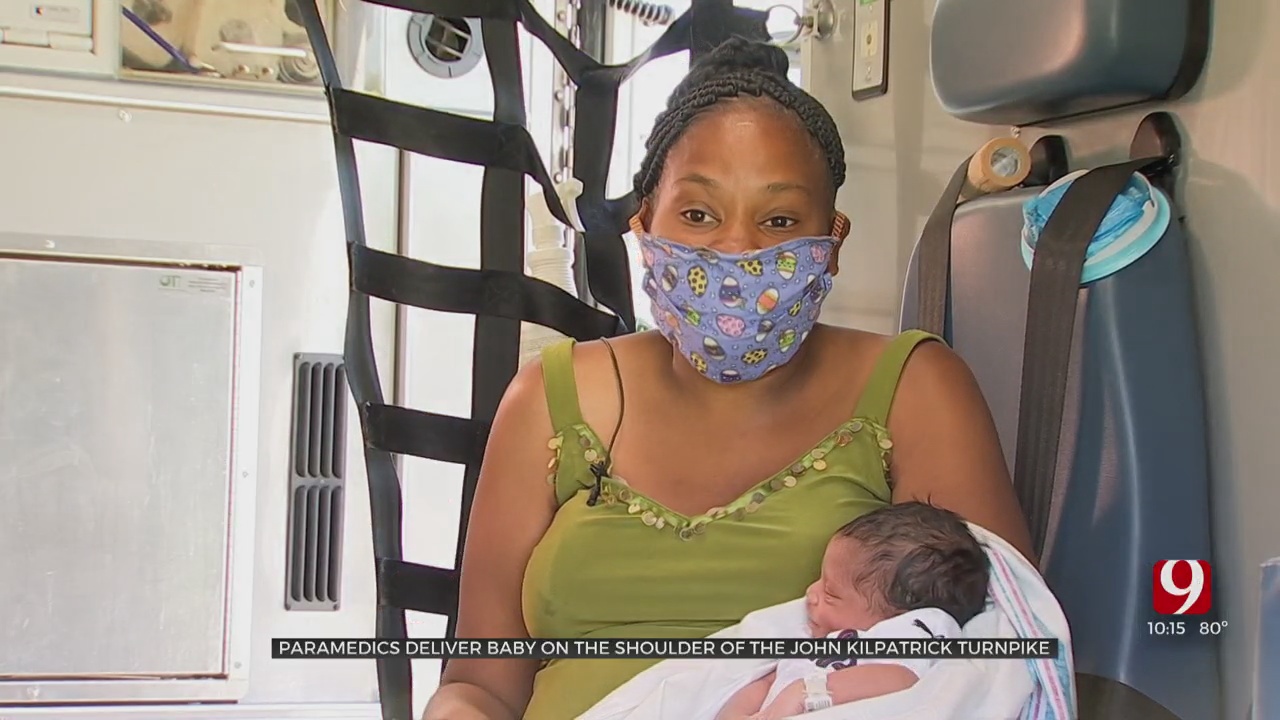 A trip to the hospital came to an abrupt stop when a baby decided it was his time to come into the world.

Paramedics delivered the child on the shoulder of the John Kilpatrick Turnpike.

Sir King was born inside an ambulance on Juneteenth more than a week ahead of schedule.

911: The ambulance is on the way tell me exactly what happened.

“Fire was like no we need you to get here now,” said EMT Natalie Daigle.

In a torrential downpour,r paramedics loaded Jackson into the ambulance.

Jackson said within minutes her baby was on his way out.

“His head was coming out while I was on the stretcher,” said Jackson.

It was apparent Sir King wasn't going to wait.

“He beat on this door and said miss Natalie stop the car,” said Jackson.

“I went ahead, pulled over, and I had just enough time to get into the back before he started coming out,” said Daigle.

With the ambulance pulled onto the shoulder of the Kilpatrick Turnpike Jackson put her trust into the hands of those who she calls her angels.

And in a first for EMT Daigle, a healthy 6 pound 8 ounce baby made his debut.

“After the first cry that the baby makes to let you know oh yeah this baby is just fine. Just the relief,” said Daigle.

“He has been a miracle, and he's been keeping me up all night!!!” said Jackson.