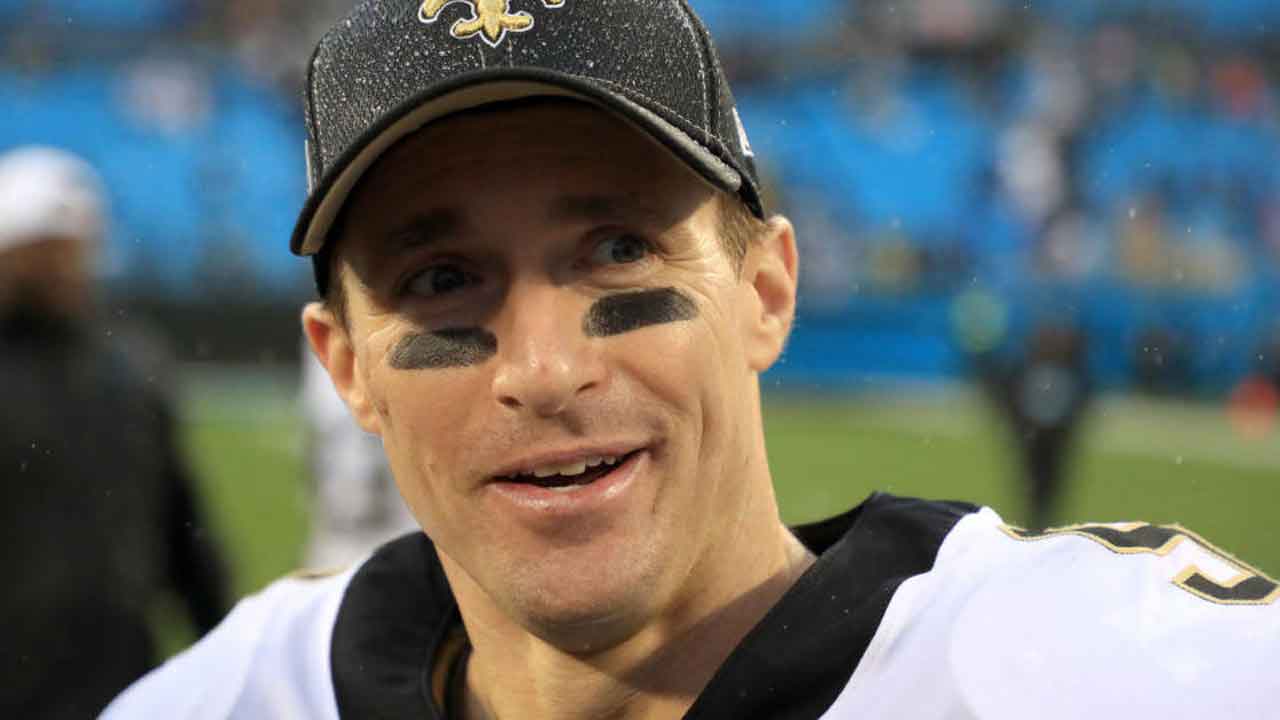 New Orleans Saints quarterback Drew Brees is facing backlash after saying he will "never agree" with players kneeling during the national anthem as a form of protest against police brutality. His controversial remarks on Wednesday come as protests have spread nationwide over the death of George Floyd.

During an interview with Yahoo Finance, Brees was asked how the NFL should respond, and what his personal responsibility is as a leader throughout the league, should players continue to kneel during the national anthem when the new season begins.

"I will never agree with anybody disrespecting the flag of the United States of America or our country," Brees responded.

Brees said part of his reasoning is that when the anthem is played he thinks about the risks both his grandfathers took while serving in the military during World War II. He said he also thinks "about all that has been sacrificed, not just those in the military, but for that matter, those throughout the civil rights movement of the '60s and all that has been endured by so many people until this point."

"Is everything right with our country right now? No, it's not," Brees said. "We still have a long way to go. But I think what you do by standing there and showing respect to the flag with your hand over your heart, is it shows unity. It shows that we are all in this together, we can all do better and we are all part of the solution."

Kneeling during the national anthem in protest against police brutality and racial disparities in the U.S. was popularized by former San Francisco 49ers quarterback Colin Kaepernick. He faced harsh criticism for his actions both from within the NFL and from outside observers, including President Trump. However, other NFL players joined in with the protest, which spread to other professional sports leagues and has been embraced by protesters and sometimes law enforcement members in the wake of George Floyd's death.

From fans to athletes, Brees was tackled with criticism over his recent comments. NBA star LeBron James said Brees didn't get the point of Kaepernick's protest.

"You literally still don't understand why Kap was kneeling on one knee?? Has absolute nothing to do with the disrespect of [U.S. flag] and our soldiers(men and women) who keep our land free," James tweeted. He also noted his father-in-law served in the military and, "never found Kap peaceful protest offensive because he and I both know what's right is right and what's wrong is wrong!"

Brees' teammate and favorite target on the field, star wide receiver Michael Thomas, also chimed in to rebuke his own quarterback.

"We don't care if you don't agree and whoever else how about that," he tweeted.

Other Twitter users expressed disappointment in Brees, who just one day earlier participated in #BlackOutTuesday – a social media campaign aimed at raising awareness about police killings.

"Drew with what you said, we aren't in this together and you aren't apart of the solution. You are apart of the problem.@drewbrees I had the upmost respect for you. Someone as educated as you shouldn't be this ignorant," former 49ers nose tackle Ian Williams said.

In another tweet, Williams told Brees to "stop hiding behind the flag and let your racism be seen for what it is."

Another Twitter user who identifies himself as a Muslim Marine shared a photo of himself in uniform while calling out Brees.

"Knowing why some NFL players knelt in the first place ie raising awareness for racial justice, I don't find their action disrespectful to my service or the Flag," he said.

﻿Brees later tried to clarify his remarks in an interview with ESPN.

"I love and respect my teammates and I stand right there with them in regards to fighting for racial equality and justice," Brees said. "I also stand with my grandfathers who risked their lives for this country and countless other military men and women who do it on a daily basis."