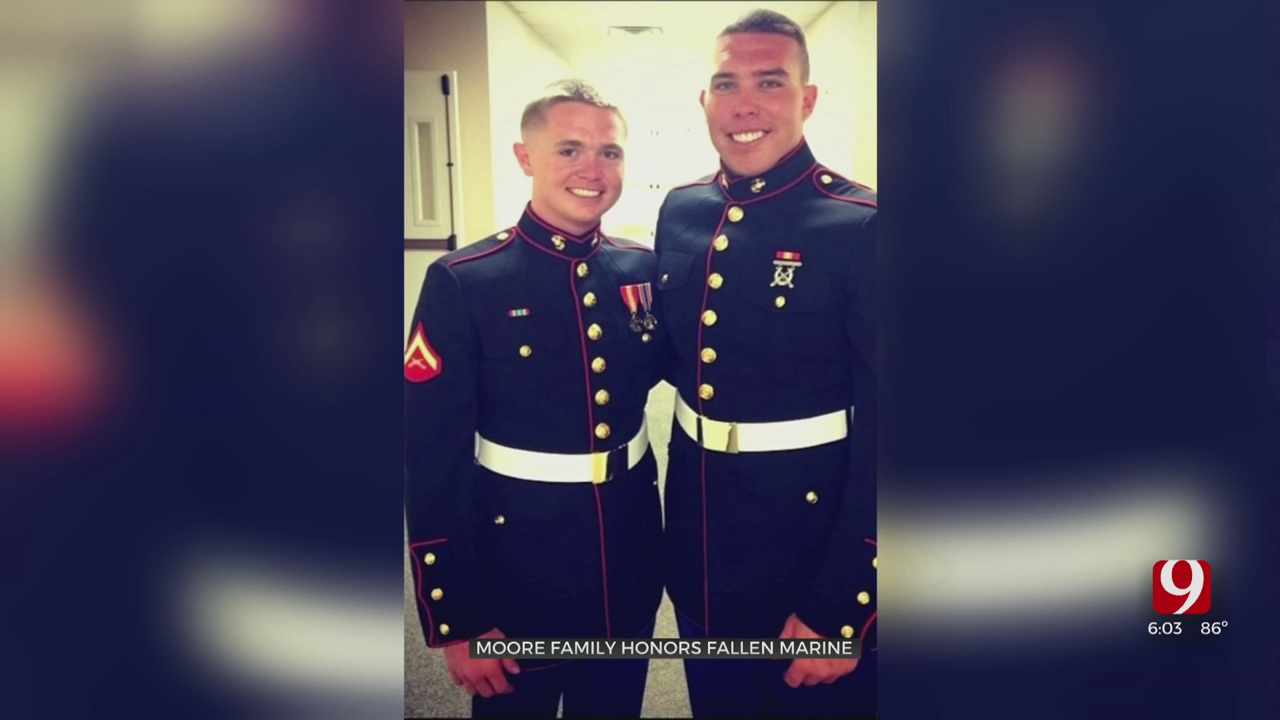 Moore To Honor One Of Their Own On Memorial Day

It's been nearly a month since 27-year old Taylor Lewis died in a work-related accident at Vance Air Force Base.

Lewis, known as Big Lew, was loved by many in the Moore community. Hundreds lined the city’s streets to pay their respects three weeks ago.

"He was as close to a perfect person as I knew, so this is going to honor him greatly," one of Lewis’ sisters Morgan Kemp said.

The honor will come from the City of Moore. Each Memorial Day, the city honors a veteran who has passed with the laying of a wreath. This year, Lewis will be honored.

"Just keeping his memory alive, and doing this, will be really special for the family," one of Lewis’ sisters Tori Leisinger.

Lewis served in the Marines, and it meant everything to him.

"That was his life," Leisinger said.

Lewis meant everything to his brothers in the Marines.

When his company found out the family could use some help with funeral costs, they raised $11,000 in six hours.

"That's a big footprint he left, that we would stop what we're doing and make sure he was laid to rest properly," Staff Sergeant Anthony Patris said.

The ceremony location was originally set for Veterans Memorial Park. Due to expected inclement weather, the ceremony will begin at 10 a.m. Monday at the Moore Community Center.