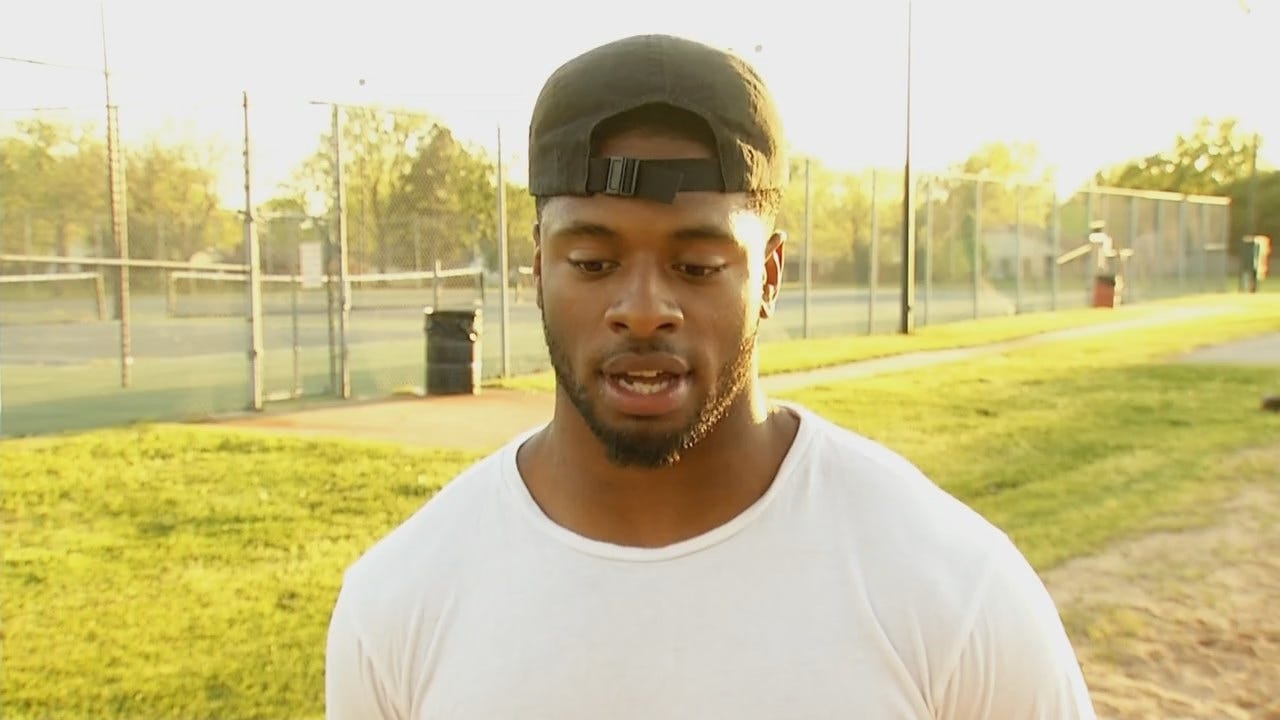 For these former Union standouts, the secret to staying in shape is found in the sand.

"Every day we get a chance. Probably like four days and we go on the weekend stuff like that we do it almost every day,” Tre Brown said.

It's optional but its necessary for these athletes, each of whom have gone from high school to major college football.

Brown and Fields are both at OU. Cameron Watts is headed to Texas Tech and Jatravis Broughton represents the Pac 12 at Utah.

While they may be playing ball in different parts of the country soon, they’ve also formed a brotherhood built to last.

"You know, I'm the oldest guy I like to come out here and work out with these guys and help some guys get ready. Like I said Cam is going to be playing at the next level soon so that's exciting for me because we played on the same team Pat, JT and I remember those guys when they were young. Man, you guys are still learning, and it feels good to give you guys what I got,” Brown said.

"That's all they know is to work and play now it's become so serious at the division one level you have a chance to chase your dreams and make those dreams a reality,” Dwight Dobbins said.

"Right now, you are either gaining or losing right now so we are just really trying to gain because we are trying to come back ready if there is a season,” Broughton said.

Watts is the only one of the group who has graduated high school without a D1 offer, but he used that as motivation after one season at NEO. Then Texas Tech came calling.

"Every single day I was telling my roommate at NEO me and you are going to do one year max here, and we are trying to get out in the spring. I just prayed to god every single night,” Watts said.

The success for the four players has a lot to do with the steps they take.

WATCH: Caleb Williams' Future (Will He Ultimately Stay Or Go?)