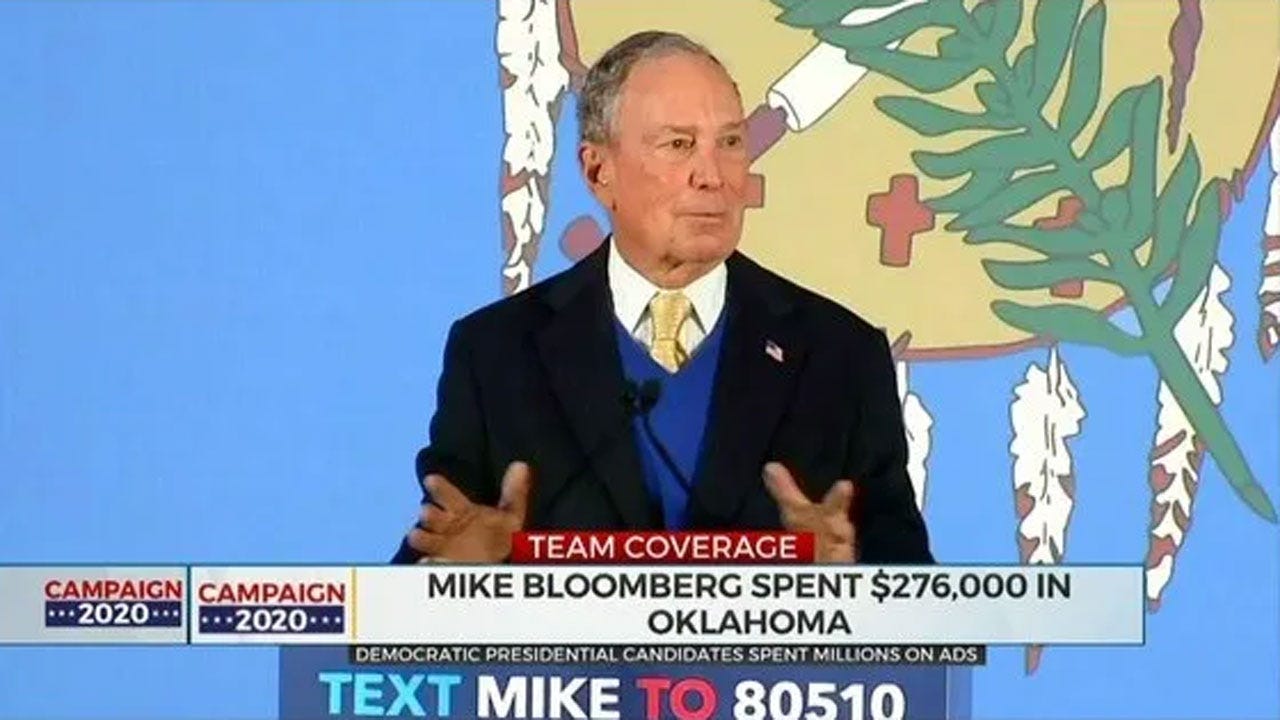 The 2020 Presidential race has been an expensive primary for Democrats running in Oklahoma with hundreds of thousands of dollars spent trying to earn Sooner votes.

In all, more than $440,000 dollars has been spent by candidates, although Mayor Mike Bloomberg who has spent $500 million on his primary campaign nationwide, is far and away the leader here in Oklahoma too.

A distant second, is Sen. Bernie Sanders who has spent $90,000. Oklahoma-born Sen. Elizabeth Warren has spent about $59,000. Both are trying to win the more liberal end of the spectrum in the state which took the 2016 primary. Sanders won by double digits over Sec. Hillary Clinton, winning every county except Oklahoma and Tulsa counties.

Former Vice President Joe Biden has only spent about $13,000. None of that on advertising, However, these spending totals are only as of Jan 31st which was the last filing deadline.

The big question is, will all this spending, particularly for Bloomberg pay off when the polls close?

SoonerPoll pollster Bill Shapard said Bloomberg’s recent lack-luster debate and rally performances and recent reporting about workplace sexual harassment claims may have done more to damage his campaign than his money can help.

"I think that now after some bad debate performances and some information has come out against him, I think [voters are] going back to Joe Biden,” Shapard said. “I think he's kind of the party standard barrier. And, they look at him as kind of the guy who could beat Donald Trump in Nov. of all of the candidates running.

Biden and Bloomberg are in a statistical tie in the latest News9/SoonerPoll survey. Totals are only as of the end of January because of FCC and FEC reporting period so those last- minute ad buys in the days before the primary would push all of these spending totals higher.