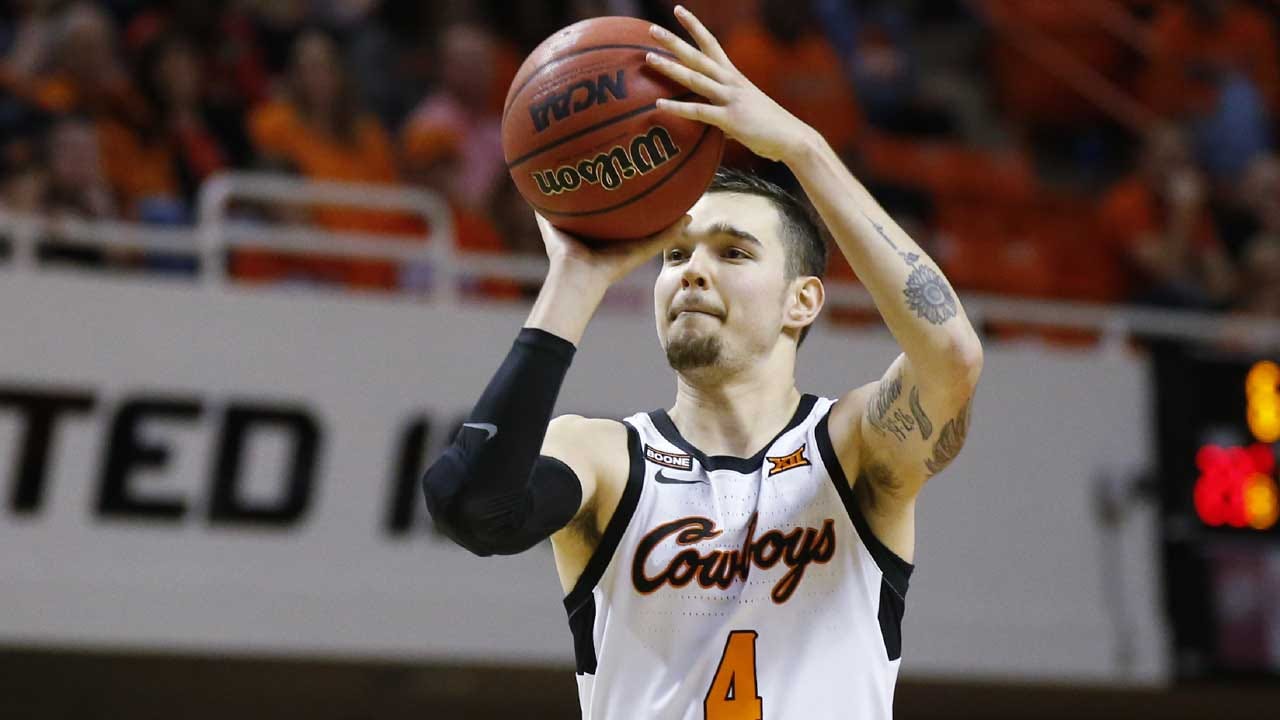 The Oklahoma State seniors each had lots of friends and family in attendance Saturday on Senior Day and their three most experienced players stepped up in the spotlight.

Cameron McGriff scored 19 points and had seven rebounds to help lead Oklahoma State to a 73-61 victory over Iowa State.

“I think it was a great moment for us as seniors, being celebrated, honored in this game,” McGriff said. “And for us to go out and win, and perform the way we did, it was pretty special.”

“It’s pretty fitting, I think, the guys who really should be the story today, show up today as our double-digit scorers,” said Oklahoma State coach Mike Boynton of the seniors. “I’m really proud of everything they’ve done, happy that we’re able to win this game on the day that we’re honoring them and their families were here to see, and excited that this team continues to show improvement as we wind down the last couple of weeks of the season.”

Rasir Bolton scored 16 points to lead Iowa State (12-17, 5-11), while also adding six rebounds and four assists. Michael Jacobson had 13 points and four rebounds. The Cyclones, who committed 17 turnovers, their fourth-most of the season, fell to 0-10 on the road this year.

“On the road, to win games, you’ve got to be consistent and tough and that’s what we’ve struggled with,” said Jacobson, who shot 5 of 8 from the floor, including 4 of 6 in the second half. “You’re not going to win a lot of road games if you can’t bring a consistent effort for 40 minutes and you’re not tough for 40 minutes.”

Bolton scored seven points within the game’s first two minutes, giving Iowa State a quick 7-2 lead, and had 14 in the first half, which topped his full-game totals going back six games. He shot just 1 for 7 in the second half.

“Transition was probably the biggest difference in the game, turnovers, shot selection by us,” said Iowa State coach Steve Prohm. “The way they play defensively, you’ve got to make plays, you’ve got to take care of the ball, you’ve got to take good shots. We got off to a good start but just weren’t able to sustain it.”

Oklahoma State entered the second half with a 36-29 lead and maintained at least a six-point advantage the rest of the way, never allowing Iowa State to get more than four points in a row in the half.

“Really, the key was just making sure we didn’t relax and change the way we played,” Boynton said of not letting Iowa State cut into the lead. “We continued to play the game the right way.”

Iowa State: As much as they miss him, the Cyclones have been managing to survive without star sophomore point guard Tyrese Haliburton, who is out for the season after suffering a fractured wrist on Feb. 8 against Kansas State. Including that game against K-State, which they won 73-63, Iowa State is now 3-4 without him after going just 1-6 in the previous seven outings. Haliburton leads the Cyclones and ranks sixth in Big 12 scoring with 15.2 points per game, while topping the entire conference with 6.5 assists and 2.5 steals per contest.

Oklahoma State: McGriff, a senior forward, made his 74th consecutive start for the Cowboys, the 14th longest streak in school history. He showed off his versatility in this game, scoring points by dunking, putting home layups and even hitting a 3-pointer, not to mention make all six of his foul shots. McGriff, who shot 6 of 11 from the floor, has posted double digit point totals and at least five rebounds in each of the last 10 contests.

The teams tied in the rebound battle at 29, although Oklahoma State had a 16-11 edge in the second half. … Iowa State made all 12 of its free throw attempts, while Oklahoma State was 14 of 18 (77.8%). … Waters, who became the 11th OSU player to reach 100 career starts, had been wearing a protective mask for the past six games as his broken nose healed, but took it off about five minutes into the contest.

“You always worry about how the guys will deal with the emotion of being honored and thinking about all those memories and then having to go out and play,” Boynton said of the pre-game Senior Day ceremony. “So I was glad that the game settled down and we were able to play a pretty good game after the first three or four possessions.”

Iowa State: The Cyclones return home to take on West Virginia, whom they lost to, 76-61, on Feb. 5, on Tuesday night.

Oklahoma State: The Cowboys remain home Wednesday night to take on Kansas State, whom they defeated 64-59 back on Feb. 11.

WATCH: Caleb Williams' Future (Will He Ultimately Stay Or Go?)