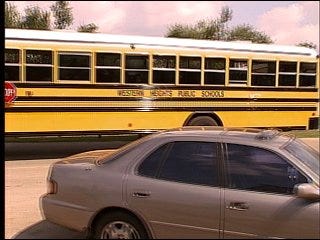 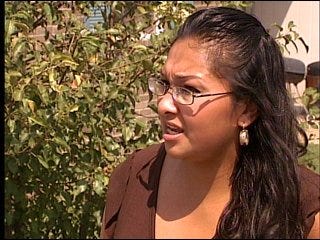 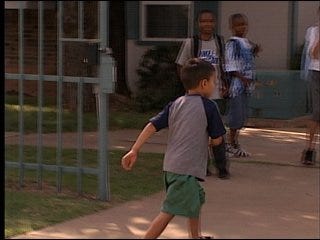 OKLAHOMA CITY -- On his first school bus ride, a 5-year-old child was dropped off Monday afternoon at the wrong location, leaving his mother, Lucinda Rio, worried about his well-being.

"The hardest thing was thinking, ‘What if he doesn't come home?'" Rio said. "Those thoughts were running through my head because no parent wants to think about their kid not returning home."

"I was really hysterical. I didn't know what to think," Rio said. "He was walking around all alone somewhere."

The mother looked for Austin for almost an hour. When she arrived at her son's school, she discovered Austin was dropped off at the wrong bus stop.

"I was thinking of kidnapping," Rio said. "I was panicked."

John Glenn Elementary School's principal picked the child up after another student helped him find his way.

A school official said when they found out Austin was dropped off at the wrong place, the administration and staff took proper measures to return the child safely.

"It certainly was our error and we are grateful the little one is okay," McLaughlin said.

Austin isn't letting the incident stop him from riding the school bus again.

Since the incident, the school has implemented a new procedure requiring students to hold a paper with a designated bus number on it when they board.