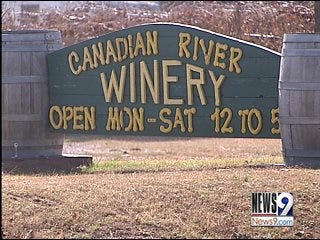 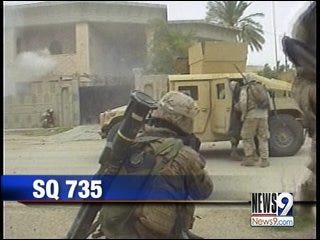 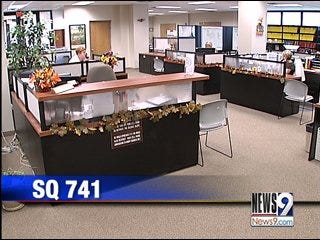 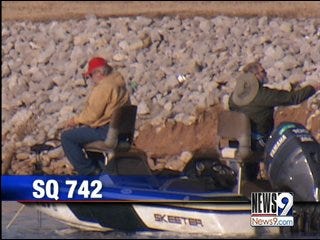 SLAUGHTERVILLE, Okla. -- Besides the candidates, Oklahoma voters will decide the fate of four state questions, all amendments to the Oklahoma Constitution.

Oklahoma's wine industry is just starting to bear fruit, and the Grape Growers' Association thinks the way to have it blossom is to pass State Question 743.

State Question 743 would allow almost every state winery to sell its products directly to liquor stores and restaurants. Wineries think it's a great idea.

"If we were able to see our wines direct, it will increase our business, probably double it, within the next six months," Bill Lehman with Canadian River Winery said.

State Question 735 would give 100 percent disabled veterans an exemption from personal household property taxation. Only about 20 counties still tax such property.

State Question 741 is supported by County Assessors all over Oklahoma. It requires than anyone filing for a tax exemption do so in the year the exemption is claimed.

"It does not take any exemption away that anyone can apply for or is qualified for," Cleveland County Assessor Denise Heavner said. "It just will not allow them to be retroactive."

Finally, State Question 742 would give constitutional protection to the right of Oklahomans to hunt and fish, subject to reasonable regulation.

As for State Question 743, this is its second time around. Voters approved an earlier version a few years ago, but it was declared unconstitutional. Now, backers think they've distilled the language enough to produce a constitutionally acceptable vintage this time.

Each question requires only a simple majority to pass.