Flocks Ushered Away From Will Rogers 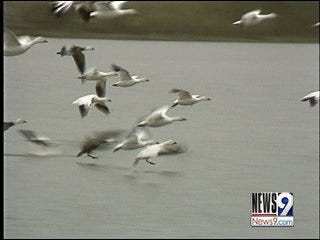 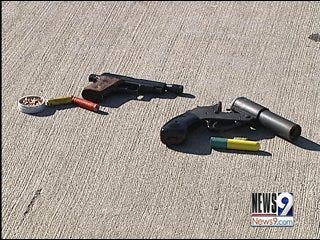 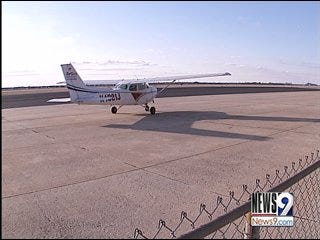 OKLAHOMA CITY -- After hitting a flock of birds, a plane was forced to execute an emergency landing in the Hudson River Thursday.

In Oklahoma, the Will Rogers World Airport works to avoid the potentially dangerous scenario.

"For many, many years we've gone through several methods to control the bird population," said Mark Kranenburg of the Will Rogers World Airport."Not just the birds, but manage the wildlife."

"We have a propane canon that we take to affected areas in a particular part of the airfield and fire that off," Kranenburg said.

The airport has also ridded their land of trees and man-made ponds nearby.

"As a pilot, there's not much that you can do because the birds are there and it's their airspace too," flight instructor Charles Ewers said.

Ewers said it's a prevalent problem around Wiley Post Airport since several lakes surround the air base.

"All we can do is to keep landfills and bird sanctuaries away from major airports," Kranenburg said.

"Birds are a problem," Dunn said. "I have to dodge birds every day, unfortunately."

According to Dunn, the windshield of a helicopter is thinner than that of an airplane, creating a potentially dangerous situation if the helicopter collides with a flock of birds.

"The bird can go right through the windshield," Dunn said.

The Will Rogers World Airport attends training annually, making sure their crews are prepared.

If a pilot has an airstrike, no matter how small the case, they are required to report it to the Federal Aviation Administration.

Flocks Ushered Away From Will Rogers