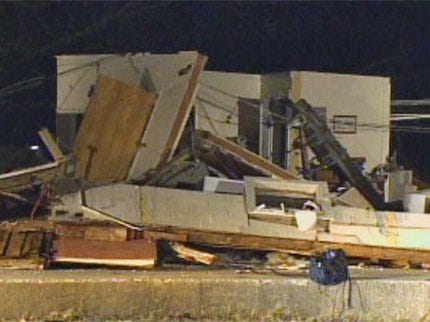 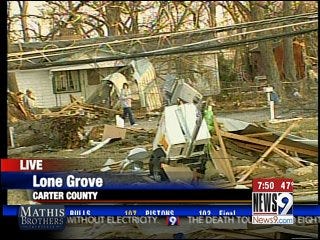 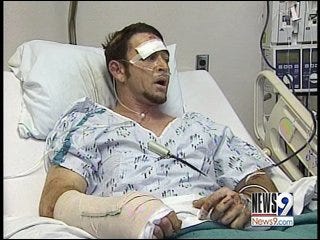 LONE GROVE, Oklahoma - The death toll remains at eight and 10-15 people are unaccounted for in tornado-damaged Lone Grove.

Emergency management officials assessed damage and searched for survivors Wednesday. A ninth person reportedly died Wednesday night after being taken to a Dallas hospital, but the report was later revoked, according to the Carter County Sheriff's office.

Ten to 15 people are unaccounted for; it's unclear if they were in town when the tornado hit, said Michelann Ooten, state emergency management public information officer.

The National Weather Service assigned a preliminary EF-4 rating to the Lone Grove storm, with winds estimated at 170 mph. The tornado reached EF-4 intensity on the south side of Lone Grove and remained on the ground for more than an hour.

The most dangerous residential areas were blocked off by the National Guard Wednesday. Residents who can prove they live in the areas can visit the city hall in the morning to get a permit. With the permit, the residents can then enter the blocked off areas from 7 a.m. to 6 p.m.

Lana Hartman and her family got inside a closet to wait out the storm.

"I promise you, when the weather people say, 'There's a storm on the way' me and my children will be underground," Hartman said. "I don't care if it's three hours before the tornado, or if it never hits, we will be underground. I will never ride out a storm like this again."

The tornado made a direct hit on a mobile home park with approximately 60 trailers.

"The devastation literally takes your breath away," Henry said. "It literally looks like a war zone. But on the flip side of that, it's amazing how many survived. In some way, this area was blessed by God."

The governor declared a state of emergency for 17 counties, allowing the state to make emergency purchases and beginning the formal process for federal assistance.

Henry said he received a call from Department of Homeland Security Secretary Janet Napolitano offering "any and all support" to help rebuild infrastructure destroyed by the storm, as well as support to those who lost their homes.

President Barack Obama spoke to Henry and Oklahoma senators Jim Inhofe and Tom Coburn and passed along his condolences and best wishes to the victims.

"I appreciate the swift response from the federal government," Governor Henry said. "We are doing everything we can to help people impacted by yesterday's tornados."

The tornado was one of several that occurred in the state during a severe weather spurt Tuesday that was unusual, even for tornado-prone Oklahoma.

Another tornado was reported near Pawnee.

Kyla Campbell, with the Red Cross down in Lone Grove, said they are in need of financial donations, not goods, to help aid storm victims. You can call 228-9500 to make a donation.