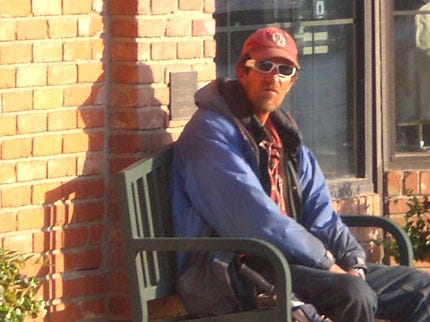 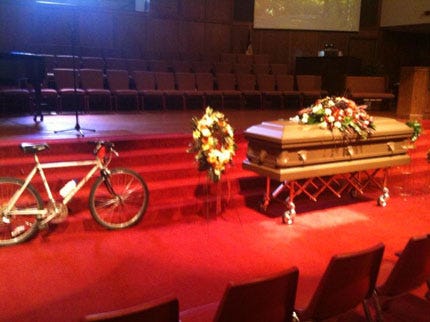 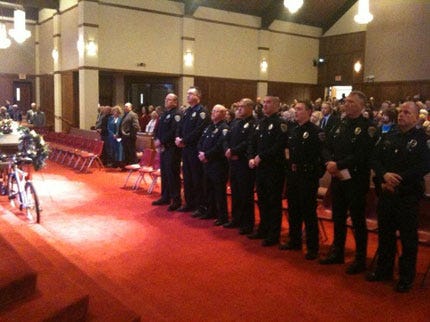 EDMOND, Oklahoma -- There was a large turnout Monday to say goodbye to a beloved Edmond resident. The funeral service was held Monday afternoon for 54-year-old Dwite Morgan, better known as "Bicycle Bob." He was killed last week by another homeless man. At the service, Morgan's trademark bicycle was there beside his casket and Edmond police officers served as pallbearers.

During his life as a homeless man many people gave to Morgan to make sure he was taken care of.

The people at First Christian Church in Edmond knew Morgan very well. The fed him when he was hungry and now Morgan is helping them feed others.

When word started to spread about Morgan's death contributions poured in to help cover his funeral costs. More than $4,600 was collected. But the Edmond business community picked up the cost of the funeral, so the money is now going to two charities that helped Morgan.

First Christian Church has a program called Breakfast on Boulevard. Five days a week they feed anyone who needs a hot meal, no questions asked. Morgan came often. The church now has a check for $2,300 from Morgan's funeral fund to keep the program going.

Another agency that helped Bob, the Hope Center in Edmond, provides food along with clothing and money to pay utility bill for people who are struggling.

They too have $2,300 in Morgan's honor to do more for the people who come need it.

Both organizations say with the economy demand for their services have increased a lot, so the money was certainly needed.