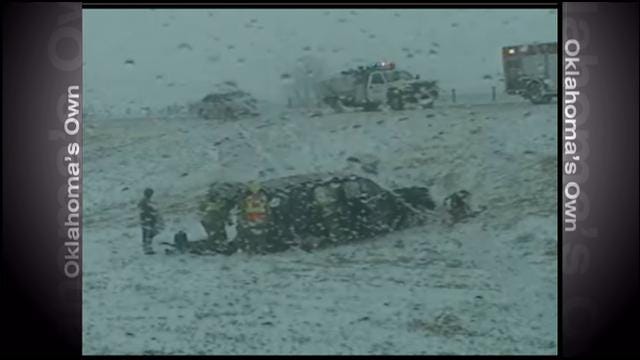 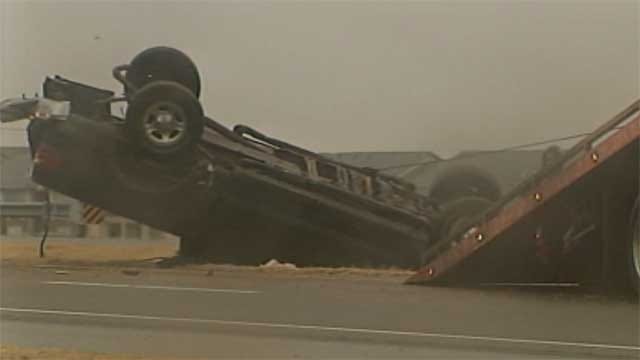 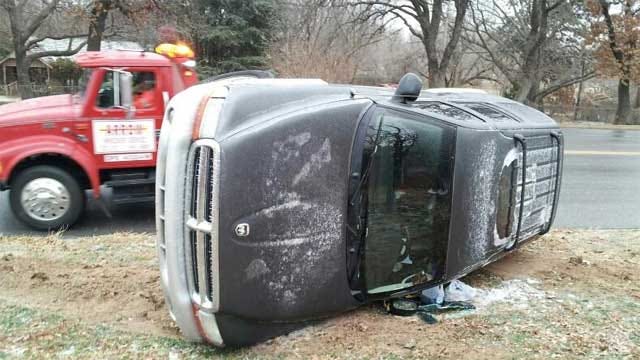 A winter storm that began early Christmas morning brought a mix of rain and sleet that soon coated roads with dangerous black ice.

The Oklahoma Highway Patrol and local police departments have been called to numerous accidents across the metro. Trooper Betsy Randolph told News 9 the weather has caused crashes and fender benders on highways across the state.

Snow began falling in western Oklahoma around 9 a.m.. The blowing flakes added another dangerous element to the already slick roads. Around 9:30 a.m., a car carrying a family of five -- two adults and three children -- crashed on westbound Interstate 40, just east of Weatherford. At least two people were hurt, including a young boy whose back was injured. Firefighters had to pull him from the vehicle. He was transported to a hospital.

On Interstate 44 at S.W. 89th Street, a man lost control on the slick road and crashed, overturning his pickup. Both he and his passenger managed to walk away from the crash. At N.W. 19th Street and Council Road, a driver hit some ice and also overturned his SUV. He was also uninjured.

EMSA reported it had to transport at least 26 people to hospitals in the metro. They were injured in both car accidents, and in accidental falls on slick sidewalks.

The storm has shifted south, changing the snow predictions for the state. The metro is expected to receive 1 to 2 inches of snow, while southern and southeastern Oklahoma could receive the heaviest amounts of snow.

The Oklahoma Turnpike Authority says it has completed pre-treating all bridges and overpasses as well as interchanges. Drivers can call 877-403-7623 to get the latest updates on turnpikes.

News 9 is constantly monitoring the weather, and will bring you updates on the Christmas storm throughout the day on News 9 and News9.com.