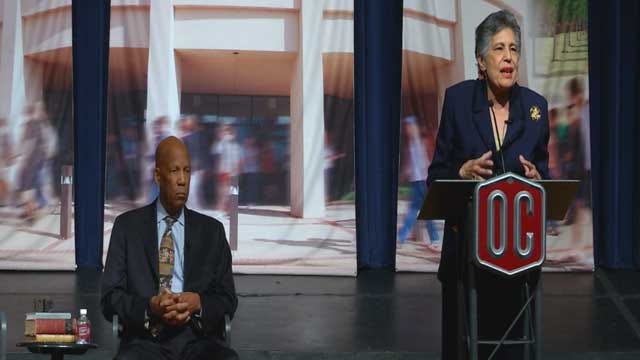 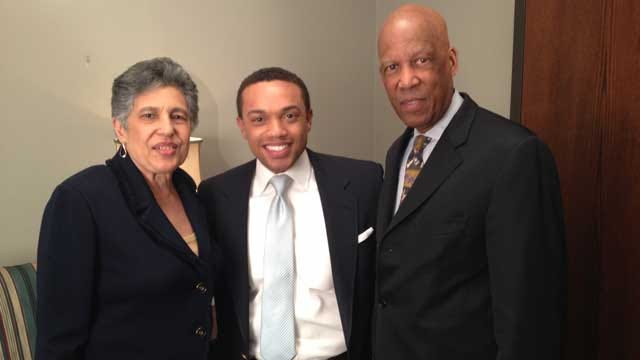 They are often referred to as pioneers of integration. The "Little Rock Nine" helped lead the change of equality and opportunity for education in America.

News 9's Evan Anderson sat down with two of the members Monday at Oklahoma Christian University.

It's a nearly 60-year-old story of strength and perseverance.

The Little Rock Nine became a critical part of the fight for equal opportunity in American education.

Carlotta Walls LaNier and Terence Roberts were part of nine who dared to challenge segregation in public schools.

It was during the midst of the most turbulent times in our country's history, and the strength was found in the unlikeliest of places - in a group of nine teenagers.

"I was 14," said LaNier. "I think that's what people really need to understand."

"It was difficult. It was monstrous. It was fearful. It was all those things," said Terrence Roberts. "But, it was necessary."

LaNier and Roberts spoke to more than 1,200 people Monday night at Oklahoma Christian University to share stories of resilience.

"Some people think things historical happened years ago, and no longer have relevance. Truth is, nothing happens unless it is antecedent to everything else that happens," said Roberts. "So without that prior step, you can't have the next step."

Their entrance into Little Rock Central High School on September 25, 1957 sparked a nationwide crisis. Members from the U.S. Army's 101st Airborne Division had to escort the nine into the school on that day.

Military presence remained for the duration of the school year.

"I recognized that there were going to be people who were not going to be in agreement with me going to Little Rock Central High, but that was okay," LaNier said.

"If you quake in the face of opposition, nothing ever is accomplished," Roberts said.

LaNier and Roberts continue to travel the country to tell the story of "The Little Rock Nine."