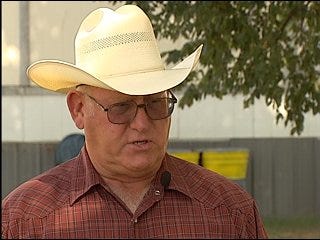 Sheriff Joe Craig pled guilty to contributing to the delinquency of a minor and transporting an open container of liquor.

A teenage girl made allegations involving alcohol and inappropriate sexual contact against the third-term sheriff in August.

Craig denied wrong doing at the time and asked the Oklahoma State Bureau of Investigation to look into the case.

Craig was sentenced to one year probation and 50 hours of community service. He plans on completing his term and not seeking reelection.