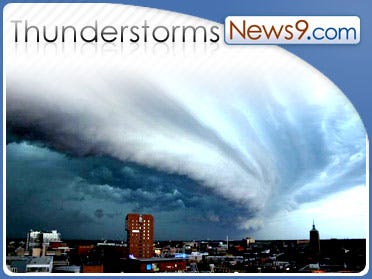 Some residents in Ottawa and the Franklin County area are recovering after a
brief storm caused strong damage Wednesday afternoon.

A hotel had its roof ripped off, two semi trucks were toppled over on I-35,
power lines were up ended and plenty of smaller damage littered the area the
storm hit.

At the Village Inn Hotel, the roof was torn off, leaving residents with
nothing but the sky above them. At the city airport, the roof ripped apart a
hangar filled with planes. One plane also rolled into a nearby field.

At the overturned semi accident at mile marker 182, everyone walked away
despite the wreckage.
The trailer that landed on the car was empty, while the other overturned
trailer had a full load.