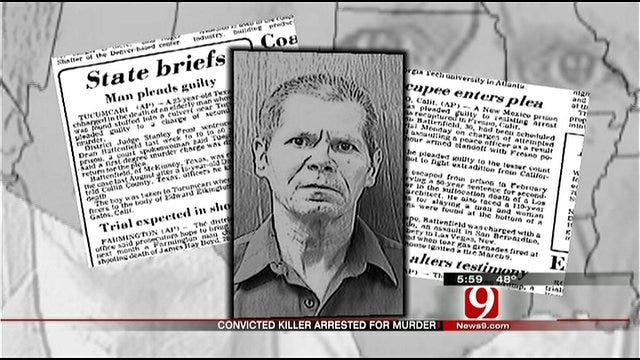 Murder convictions in two states did not keep a killer off the streets in Oklahoma. News 9 reported last week one of two suspects arrested for the murder of an elderly man in Norman moved to Oklahoma despite his criminal history.

"He is a very dangerous person. He is a very violent offender who does not see boundaries." Criminologist Dr. Howard Kurtz said.

Dr. Kurtz, a former parole officer, explained some states allow convicts to spend a portion of their sentence behind bars and the rest in the community.

"It's the prison system's way of saying, look we are not releasing this person. We are not saying that they are free to lead their life. What we are saying is we are going to supervise them," Kurtz said.

Under that supervision, Norman police arrested Battenfield for the murder of 80-year-old Clair Owen Pollard. If convicted for the crime, Pollard would be Battenfield's fourth victim.

According to court records and newspaper archives, Battenfield's past crimes mirror the present.

"I think we have to do a better job of screening the people we put out there," Kurtz said.

Archives show like Pollard's case, Battenfield's previous crimes include killing an elderly man, stabbing a victim to death, and using the assistance of a teenager.

Norman police arrested 19-year-old Brandon Reed along with Battenfield. Now, Dr. Kurtz questions if the system could have predicted Battenfield would commit another crime,

"Probably they needed to do a better evaluation of this guy after the first murder," Kurtz said.

Dr. Kurtz said in the state's defense, statistics show only two percent of murderers will reoffend.

He also said parole officers carry a big case load. In some instances, each officer is responsible for 50 to 100 offenders. The District Attorney has not filed formal charges on Battenfield or Reed. Police will not release the motive for the murder until then.