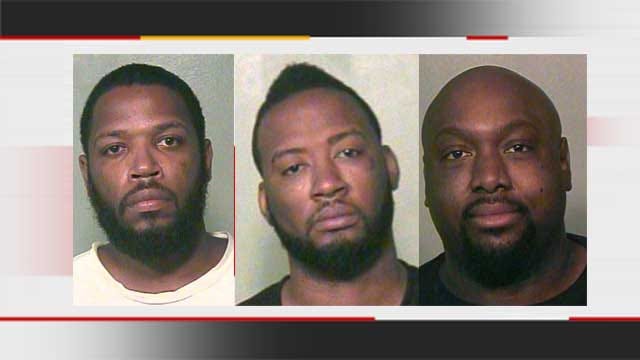 A high school principal is attacked with a club. Now three men face charges for conspiracy.

At the scene of the crime, one man came forward to talk with News 9. The son of the vice principal at Douglass High School speculated about why someone would want to attack the school principal Brian Staples.

Turns out, the man knew a lot more than he was willing to admit.

After the attack in March of 2010, Elijah Mohammed said, "When someone is so fed up they boldly attack someone in broad daylight, yes, that's serious."

"Some of the terminology that was used is that a white man is coming into our community treating us like we're back in the 60s," said Mohammed.

Mohammed suggested racial tensions in the school could be the reason for the attack. However, court records show the beating may have been part of a personal vendetta. Police interviews determined Mohammed went to friends and "asked for money to hire a person to scare the victim."

Mohammed said he was angered about the treatment of his mother who was the vice principal at the time of the attack. Mohammed is not believed to be the one shown attacking Principal Staples in the surveillance video. Court records indicate Mohammed hired "Slim," also known as Nathaniel Wheeler, to attack Staples. Then Wheeler ordered "Trouble," also known as Ryan Harper, to take care of it.

Although the motivation appears to be Mohammed wanting to protect his mother, News 9 obtained documents that show Mohammed attacked his mother just a few a months ago telling her to keep her mouth shut.

The District Attorney's Office filed charges on all three men they face a count of conspiracy to commit a felony and one count of assault and battery with a weapon.