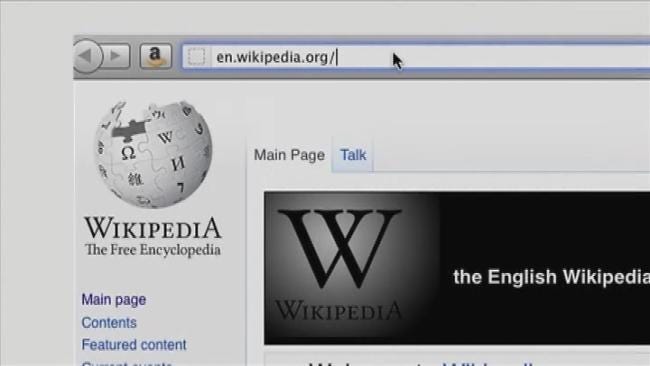 Don't be surprised if you can't access Wikipedia Wednesday. The online encyclopedia's English language website is down until midnight.

The 24-hour blackout is to protest anti-piracy legislation under consideration in the U.S. Congress.

The Stop Online Piracy Act [SOPA] and the Protect Intellectual Property Act [PIPA] are designed to crack down on sales of pirated U.S. products overseas.

Supporters including the film and music industry say the legislation is needed to protect intellectual property and jobs.

If passed, the legislation would give the government the power to go to Internet Service Providers, even credit card companies and advertisers, and force them to cut ties with those certain websites.

Critics say it could hurt the technology industry and infringe on free-speech rights.

Tech companies such as Google, Facebook, Yahoo, Twitter, eBay, AOL and others have said it threatens the industry's livelihood.

Several online communities such as Reddit, Boing Boing and others have announced plans to go dark in protest as well.

If you do visit Wikipedia Wednesday, there is place to type in your zip code. When you do, Wikipedia gives you contact information for your U.S. Representative and U.S. Senators, including phone number, email and twitter account information.