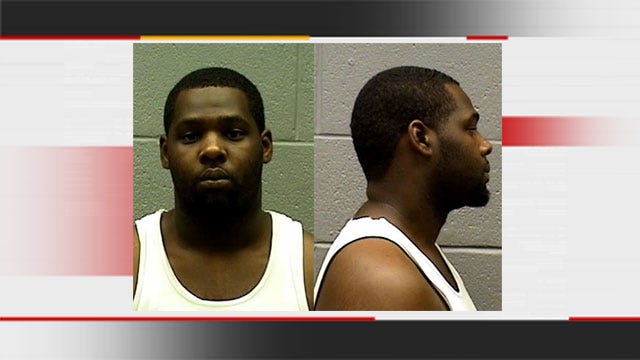 Midwest City Police have released the name of an armed man who was shot and killed after he kicked in the front door of a home.

Around 7:45 a.m. Thursday, 27-year-old Reginald Keith Joseph broke into a duplex in the 300 block of N. Kendra Drive. The victim told police he was in his bedroom when he heard his dog start to growl. At the same time, he heard two kicks at the front door. The man grabbed his handgun and went to investigate.

The victim told police he saw Joseph inside his house. The suspect also had a gun. The man said he raised his gun and shot once, hitting Joseph in the chest.

Joseph was rushed to Midwest City Regional Hospital, where he was pronounced dead. Midwest City Police Chief Brandon Clabes said the homeowner most likely will not face any charges.

"All the facts we know at this time support a justifiable homicide, however, that determination will have to be made by Oklahoma County District Attorney David Prater once the investigation is completed and forwarded to his office for review," Chief Clabes said.

Joseph had a criminal record with convictions of possession of a controlled substance and carrying a firearm after a felony conviction and while on probation.

Chief Clabes said this is third time in 15 months a homeowner or resident has shot an intruder.

The victim's name will not be released.