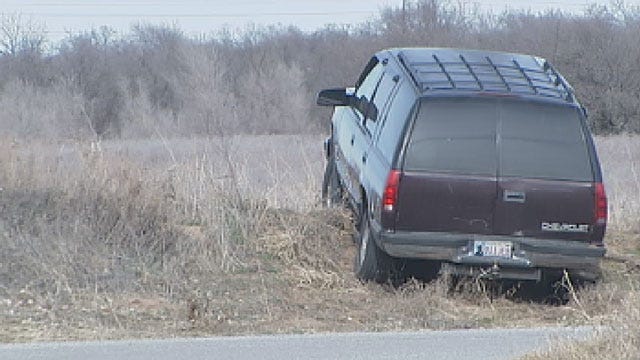 Oklahoma City Police first responded to a report of a suspicious vehicle in the woods near the area of Wilshire and Douglas Blvd. The call reportedly came from an off-duty Oklahoma County employee.

After checking the license plate number, police realized this was the vehicle involved in a Silver Alert issued.  K9 and OCPD Air One were called to the area to search for the 74-year-old man that was reported to be driving the vehicle.

The man was found about 100 yards away from the vehicle, near a river bed. According to police, the man had apparently taken a wrong turn and wrecked his SUV about a mile from his home. He left his vehicle on foot and ended up by the river. He stayed there until a neighbor on horseback discovered him.

The man was conscious, just cold and hungry. He was taken to Midwest City Regional Hospital via ambulance where he is listed in good condition.