Two Critical After Motorcycle Collides With SUV In Edmond 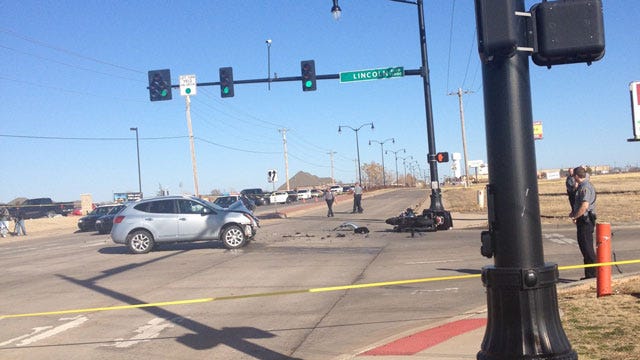 Two people are in extremely critical condition after a motorcycle collided with an SUV in Edmond, Sunday afternoon.

It happened near the intersection of W. 33rd and N. Lincoln Blvd.

Police shut down the intersection while investigators worked the accident scene. A man and woman on the motorcycle were thrown about 40 feet from the bike once they were hit. Both were transported to a local hospital.

No one in the SUV was injured in the crash and the driver has not been cited at this time.

Two Critical After Motorcycle Collides With SUV In Edmond