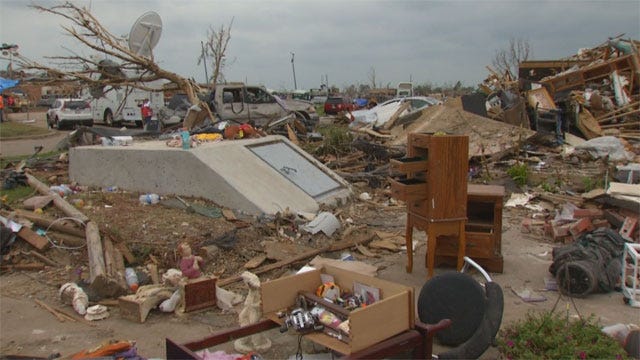 The Moore City Council has tabled a proposal that would have required storm shelters for houses, apartments, mobile homes and group residential housing.

Also Monday, the council delayed voting on a measure that would have required bolting and fastening to strengthen homes against tornadoes. Mayor Glenn Lewis says the city will meet with local builders before moving forward with the ordinances.

The Norman Transcript reports that many homebuilders already add tornado-safe features to the homes. But the deadly May 20 tornado struck mostly older neighborhoods that didn't have storm shelters.

Also Monday, the city said it'd received more than $420,000 in donations since the tornado. That's in addition to money donated to organizations like United Way and the American Red Cross.