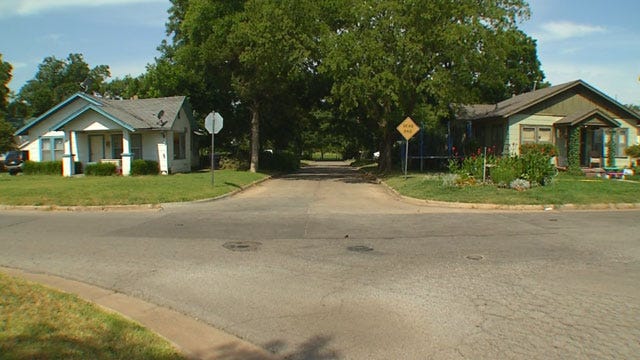 A metro man is dead following an attack right in front of his own home. He died at the hospital on Wednesday, and police say the investigation presents them with one big challenge.

City police say this case is kind of unusual. The man was attacked days ago, but no one reported the assault to police. It was actually those at Integris Baptist who notified police that the man died from his injuries.

That was the first they'd heard of it. Investigators say the attack happened early Sunday morning in the 3300 block of NW 14th.

Aaron Hester has lived on this street for years.

"[It's] quiet. Everybody sticks to themselves. Everybody does their own thing. We stay down here, do our own thing pretty much. Nobody bothers anybody," Hester said.

Police say 39-year-old Kerwin McFadden was assaulted in front of his home.

"We have lots of kids here, and that is very disturbing that somebody can just do that right outside pretty much your front door," Hester said.

Neighbors say they didn't hear the fight. In fact, nobody called police.

"It's disturbing when we saw the crime scene units show up and not know or had even heard of anything," neighbor Heather Mills said.

Someone drove McFadden to the hospital. He died at Integris Baptist.

"Most homicide cases that begin with an assault, officers are called to the scene. The homicide unit was notified about it after the fact, so it's a bit unusual. [It] puts them a bit behind the eight ball," OCPD MSgt. Gary Knight said.

Now as police continue to investigate, neighbors remain on alert.

"Definitely got to be on your guard," Hester says. "We're always alert anyways because this world's gotten really crazy, but definitely way more since now we know it's going right outside our front door."

Police tell News 9 they have identified a suspect, but no arrests have been made. Anyone with information on the crime should call police.