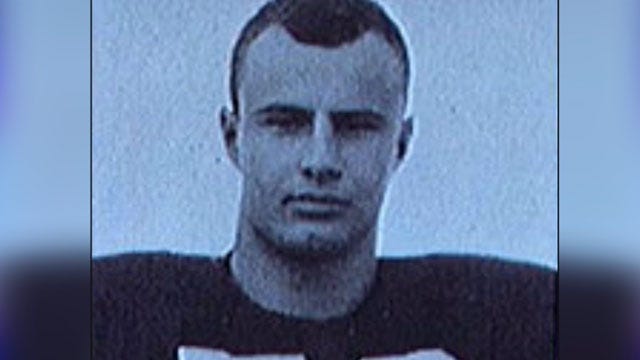 Before Dr. Phil became a famous television personality and psychologist, he spent some time on the football field right here in Oklahoma. In fact, one of his games made college football history.

"I'm proud to be from Oklahoma, I'm proud to have grown up here," said Dr. Phil McGraw from the Dr. Phil Talk Show.

And before he became Dr. Phil on television, he was a linebacker for the Tulsa Golden Hurricane.

"I spent a lot of time in that stadium and not always on the field," he said.

Standing 6'4", McGraw was awarded a football scholarship to the University of Tulsa in 1968 and played middle linebacker under Coach Glenn Dobbs. He told News 9 he remembers running the stands at Skelly Stadium at 5:00 a.m. in full gear.

"I've been in every seat, I've been on every row of that stadium a hundred times let me tell ya for sure," said McGraw.

McGraw's team made history that same year when they lost to the University of Houston, 100 to 6, one of the most lopsided games in college football history. But for McGraw, it's only good memories, including that of his father, who also played at TU.

"I got my dad, and my two boys and we came for a homecoming game up here and went to the stadium and stuff," McGraw said. "Same stadium he ran in 20-25 years before I did, so it was good."

McGraw says that was one of his last trips he took with his father before he died.