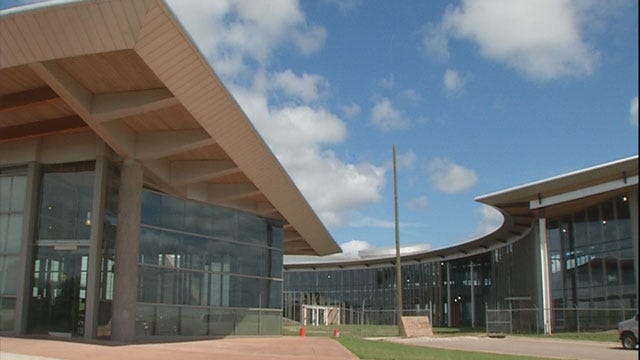 Monday morning, a Senate committee will talk about the future of the financially troubled American Indian Cultural Center and Museum.

The Center and Museum started as a vision for Oklahoma around 20 years ago. Now it sits empty and unfinished. Lawmakers at our State Capitol will hold an interim study Monday about its future.

Construction on the project at the intersection of Interstates 35 and 40 began about seven years ago, and approximately $95 million has been spent on the unfinished facility.

The outside of the cultural center looks complete, but the inside is far from it, and construction won't continue until all of the money is there. Sitting tall and wide, the framework for the project is hard to miss from the freeway.

A plan to take $40 million from the state's Unclaimed Property Fund and match that with $40 million in pledges was passed the state Senate earlier this year.

But that plan was not heard in the House. We'll be updating this story throughout the day on News 9 and News9.com.