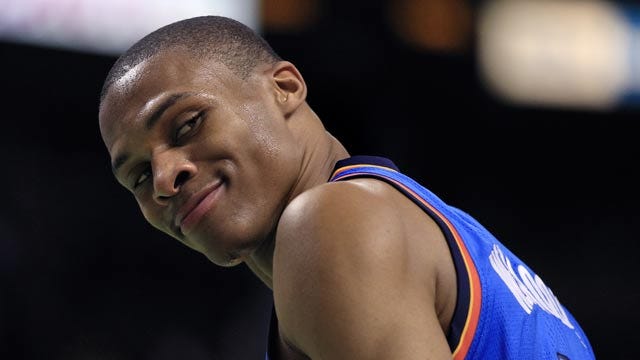 Russell Westbrook has been in a giving mood this season, averaging a career-best 9.6 assists per game, but his biggest assist of 2015 came off the court. Westbrook made a significant donation to UCLA’s Mo Ostin Basketball Center project. UCLA isn’t releasing the exact size of the donation but has said it’s the largest ever donation by a former Bruin basketball player.

To honor the donor, UCLA men’s basketball practice court in the new state-of-the-art facility has been named Russell Westbrook Court.

"I loved my time at UCLA and jumped at the opportunity to give back to the University that provided me with amazing opportunities and great memories,” Westbrook said. “I am truly honored to be part of the legacy that is Bruin basketball.”

Russ played two years at UCLA as the Bruins went to the Final Four back-to-back in 2007 and 2008. As a sophomore he averaged 12.7 points, 3.9 rebounds and 4.3 assists before being drafted by the “lame duck” Sonics, who were already transitioning toward Oklahoma City. Westbrook has played each of his seven pro seasons for the Thunder and is a four-time All-Star.