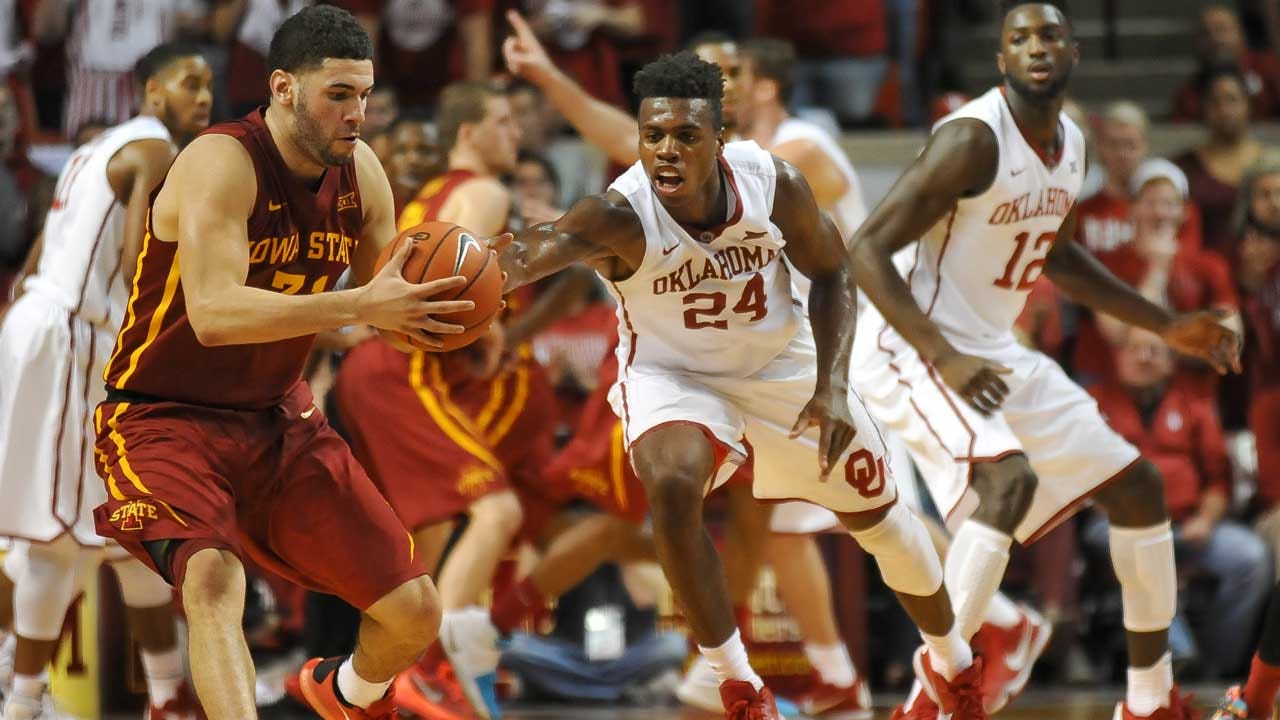 When the polls are released on Monday, Lon Kruger’s OU squad will likely be ranked No. 1 in both the AP and USA Today Coaches Polls for the first time since 1990. That being said, what better way to celebrate the accomplishment with a “Big Monday” matchup with No. 17 Iowa State in Ames?

This Big 12 battle is set to tip-off at 8 p.m., and will air on ESPN with an all-star announcing lineup of Brent Musburger, Jay Bilas and Holy Rowe calling the game.

So this should be fun!! 6 of the top 17 scorers in @Big12Conference will play in #BigMonday game tomorrow night ESPN pic.twitter.com/6ZNyEv6wmv

Here are a few things to know about the matchup:

First game was a doozy

OU walked away the winners the first time these two teams saw each other back on January 3, but the 87-83 final score was evidence of an extremely tight contest. The Sooners trailed by four points at halftime but were able to outscore the Cyclones 50-42 in the second half.

Most of that second half scoring came courtesy of Isaiah Cousins, who scored all 15 of his points after halftime. It took two big scoring efforts from Buddy Hield (22) and Ryan Spangler (20) to get the job done, so it’s clear OU will have to score a lot to keep up with the Cyclones in Ames.

Niang is a beast

Iowa State senior Georges Niang scored 29 points and grabbed eight rebounds back in the first matchup against OU, and the Sooners should expect a lot of the same on Monday night. Niang is widely considered one of the best players in the nation, and OU fans everywhere wanted to know if he was un-guardable after he lit up the Sooners for 17 points in the first half.

Niang’s averaging 19.6 points and 6.6 rebounds per game, so the Sooners will need to lock in defensively to slow him down.

After starting the season 11-1 and going into the last game against OU with that record, the Cyclones have dropped two of their last four since that loss and are 2-3 since the start of 2016.

Iowa State beat an improved Texas Tech team, but fell at home to Baylor, then lost by three on the road in Austin against the Longhorns. The Cylones will come into Monday’s game riding a win after beating Kansas State by double-digits on Saturday.