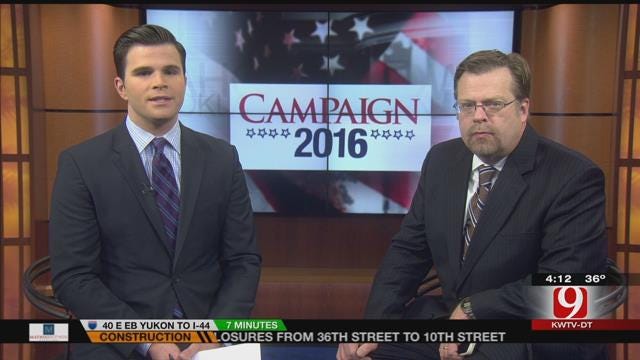 Super Tuesday upsets in Oklahoma. That was the case for both parties.

Ted Cruz beat front runner Donald Trump, and Bernie Sanders beat Hillary Clinton. When compared to our poll numbers released just a day before votes were cast, Ted Cruz and Bernie Sanders were not expected to win. But instead, Cruz walked away with three states.

Mitchell believes that two man race is between Cruz and front-runner Donald Trump. Trump finished second here in Oklahoma, and Marco Rubio was the most recent candidate to visit, but he finished third.

On the left, Bernie Sanders beat Hillary Clinton by nearly 35,000 votes. On Monday our polls showed about 29 percent of democratic voters were undecided, and it appears Sanders won just about all of them.

“Bernie sanders is alive. They are going to a debate this weekend. The Sanders campaign, you know they have an uphill battle. But the Clinton team thought they would put him to sleep last night and they didn't,” said Scott Mitchell.