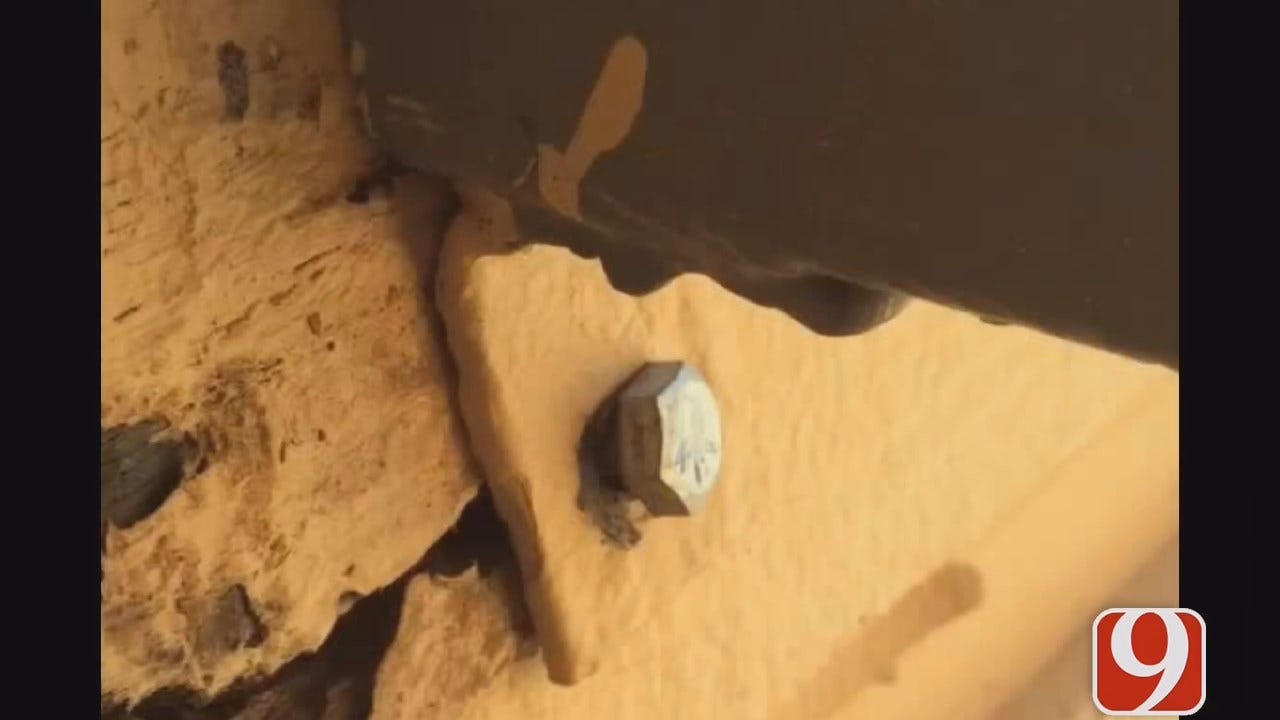 A woman is suing her apartment complex in Del City, after falling two stories off a balcony she said wasn't attached to the building properly.

“You have that initial panic of ‘I'm falling’ and I knew how big of a drop. It was so just the thought of I don't know what's about to happen to me.”

That was the last thing that went through Katie Hazen's mind six weeks ago after a railing gave way at the Mosaic apartment homes in Del City. She had only lived there less than two weeks.

“I remember the sound of the impact, of like bones breaking,” Hazen said Thursday while sitting at a conference room table inside Atkins and Markoff law offices, next to her lawyer. Hazen is suing the Resource Real Estate Management, Inc.

Hazen’s lawyer Dan Markoff said the Delaware -based corporation is one of the nation’s largest apartment management companies with more than 1400 complexes nationwide.

The two-story fall left Katie with a compound fracture in her upper arm and shattered another piece of the bone. Doctors had to piece her back together and use a metal plate... that will stay in her arm for good.

She also had a collapsed lung and a laceration to her liver... which kept her in the hospital for a week.

“There were so many fragments loose in my arm that they had to get them all out and mold them back together before placing it back, it’s called a bone graph.”

So Katie decided to sue, her lawyer’s private investigator capturing this video of other railings barely hanging on.

News9/Newson6 reporters even went to the complex to get some answers but were told to leave and contact the company’s corporate lawyer out of Philadelphia.

In an email the Vice President of the company’s marketing said in part “To our knowledge no lawsuit related to the incident has been filed. We have no further comments at this time.” The lawsuit was filed and dated by Oklahoma County Court Clerk Rick Warren July 28

But all Katie said she really wants is a little justice and to get used to her life's new normal.

“I have a 5-year-old son, I don't if I'll be able to hold him again when it's all said and done. Everything has changed,”

Katie has since moved out of the complex to a nearby apartment. In her lawsuit she's asking for damages in excess of $75,000 and told News 9 she's even had to borrow money because of her time in the hospital.