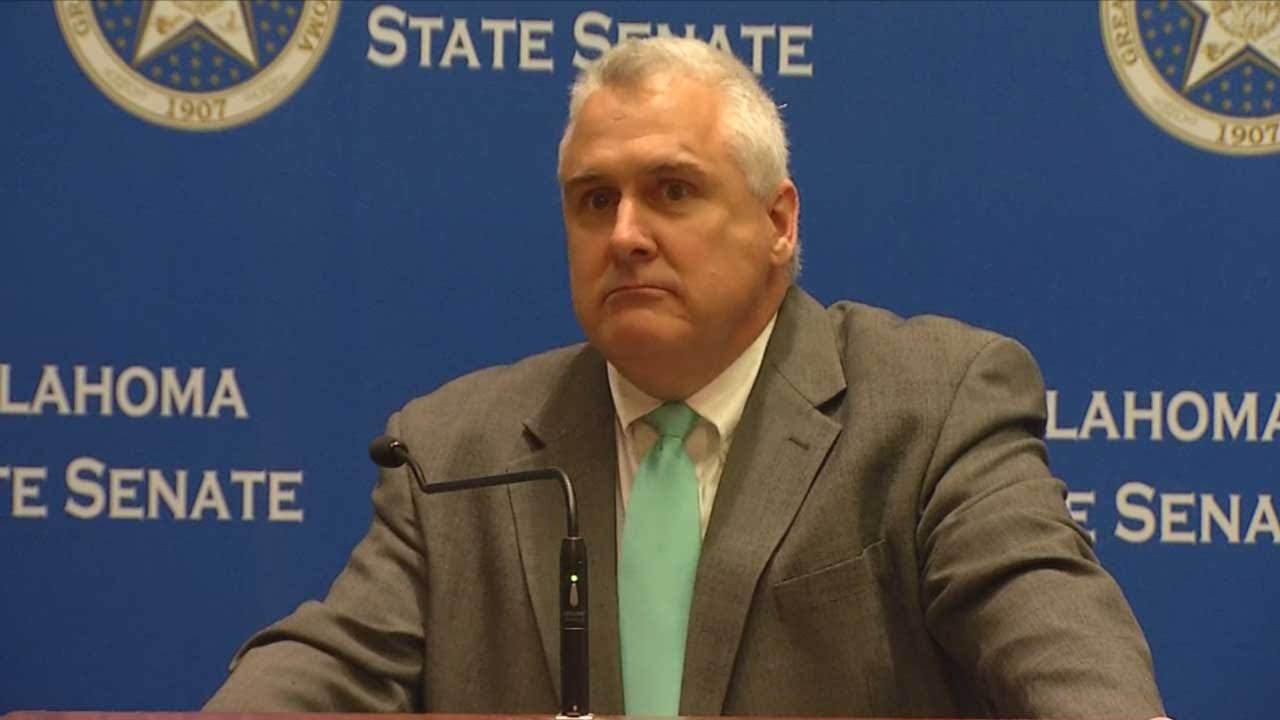 For the first time since former Senator Ralph Shortey was found by police in a motel with what police believe to be an underage prostitute, Senate leadership is speaking out.

"We were not in contact directly with Senator Shortey, but I am certainly glad that he took the right that he did and chose to resign,” said Sen. Schulz.

Shortey was found by Moore Police in a motel room with a 17-year old boy March 9.

According to police, the two had been planning to exchange sex for money and there were text messages thought to be between the two on the teen's tablet. The messages were written through the anonymous app "Kik".

Police did not seize Shortey's phone at the time, and the FBI has since been to Shortey's home to execute a search warrant.

About the same time, the Senate unanimously voted to strip Shortey of most of his Senate privileges and kicked him out of his office.

"You know this chamber a week ago, took an unprecedented action with the resolution on the floor and was certainly glad to see that Senator Shortey exercised what is his option and that was to resign the seat,” said Sen. Schulz.

“We’re fully cooperating with all of the authorities involved in that investigation, and I’m going to leave my comments at that right now,” said Sen. Schulz.

As for Shortey's former office, “We locked the office last week. Nobody has been back into that office.  But again, if we get a request for somebody that wants to search that we will cooperate fully with any of the entities in the investigation,” said Sen. Schulz.

Shortey is expected to enter a not guilty plea when he appears for his arraignment in Cleveland County Court Friday.