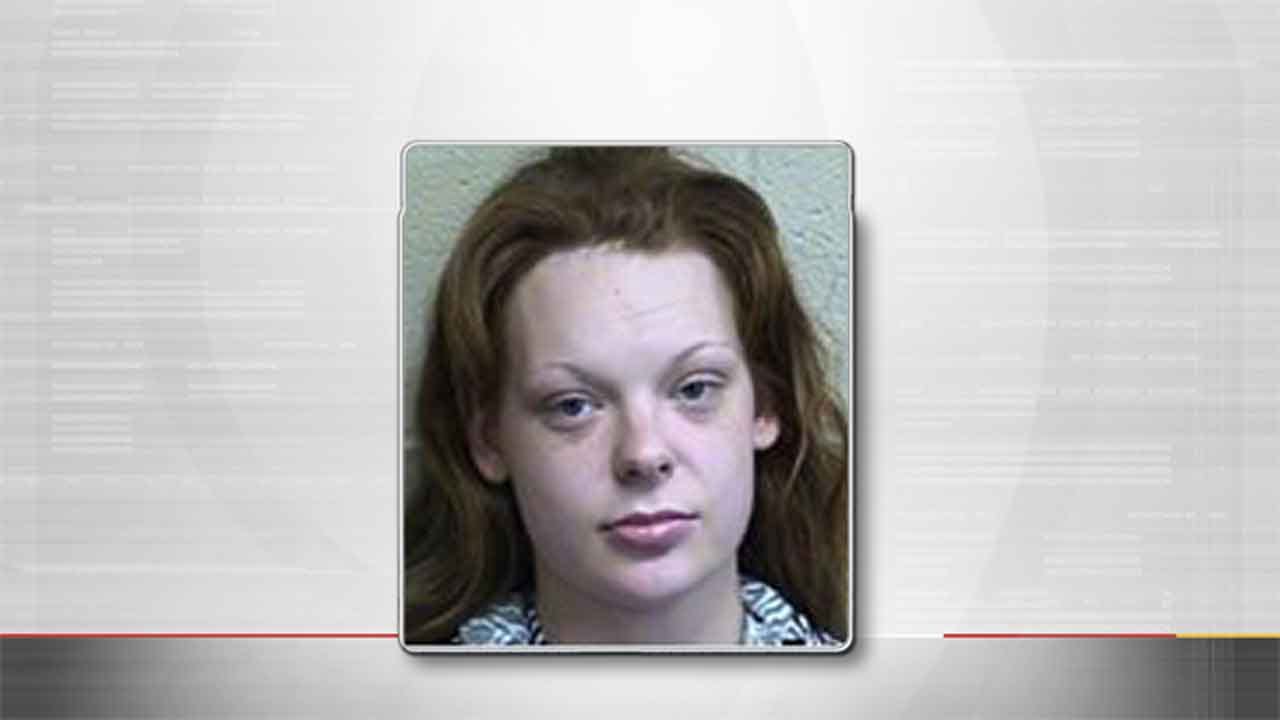 Tecumseh police officer Justin Terney was killed after a shootout with a fleeing suspect.

A development in the investigation came Tuesday afternoon with the arrest of the prime suspect's girlfriend Brooklyn Williams.

Williams is accused of harboring a fugitive, Byron Shepard.

Shepard had warrants out for his arrest prior to the deadly shootout Sunday in Tecumseh.

According to court records, Williams admitted she was aware of his warrants and helped him avoid arrest.

On March 25, she allegedly invited Shepard to stay the night at her home in Tecumseh.

The following evening the couple was stopped by Terney near Benson Park Road and Gordon Cooper Drive.

Terney asked for the couple's identifications.

Court records show Shepard gave a fake name and when asked for identification, he took off running.

Williams told investigators she stayed in the car and heard the Taser go off twice before the gunshots.

"I hope it all works out for the best considering she is family, but at the same time, if something like that happens, you gotta take your part of the blame," said Patrick Underhill, Williams' cousin.

Underhill was shocked to hear of the possible connection.

"She's always been a really good kid. Never really been a trouble maker ... so, it was kind of a big shock to hear she's involved," said Underhill.

Williams was booked into the Pottowatomie County jail. Her bond is set at $75,000.

Shepard has been hospitalized since the shootout.

Meanwhile, family and friends are planning funeral service for Terney.

The service is set for 2 p.m. Friday, March 31, in the Canadian High School auditorium.

A memorial fund has been set up for Terney's family. Donations can be made at any BancFirst location.