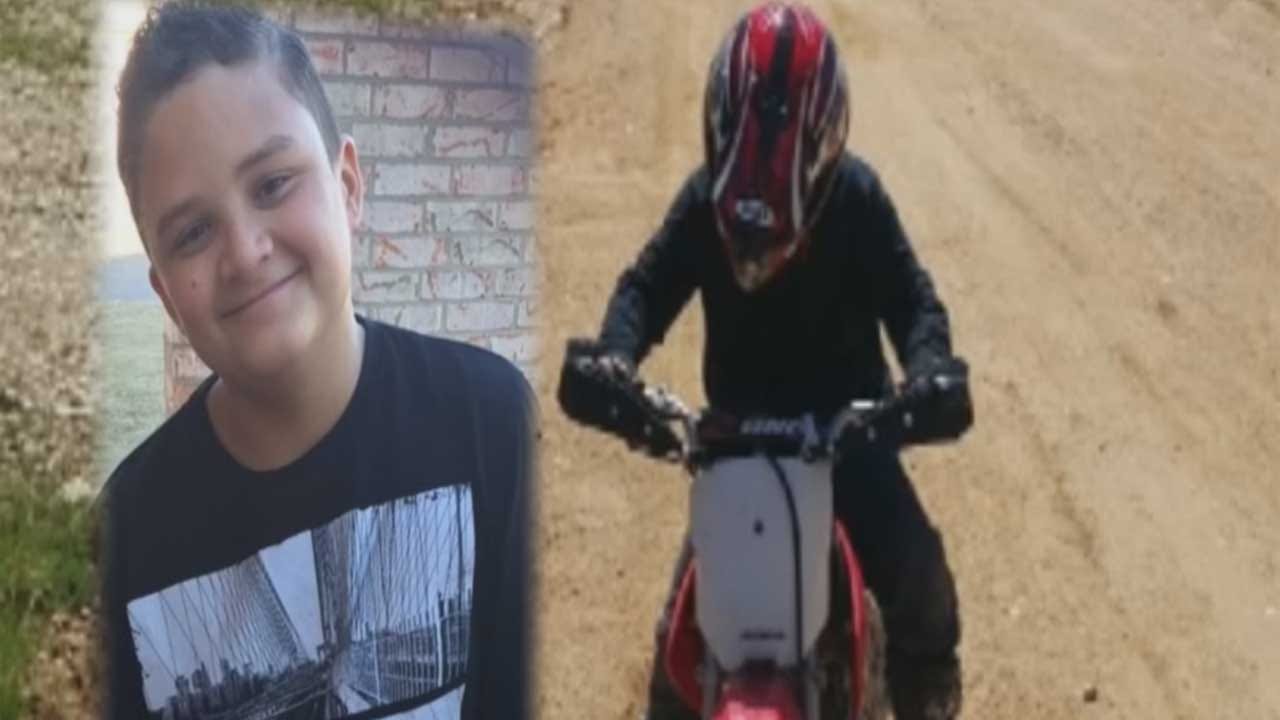 The 12-year-old boy died after his dirt bike was hit by an SUV near his northwest Oklahoma City home this week.

Quincy's parents made the hard decision to let him go Friday night after being on life support since Wednesday's crash, but they are holding onto their memories that will last forever. Balloons in a bright display of Quincy's favorite color purple sailed off into the sunset, as friends and family remembered his smile.

"He was very energetic, fun loving," said fifth grade teacher Autumn Kouba. "Every day that he came to class he just made the kids laugh. We all enjoyed having him and our class will not be the same without him."

Teachers and classmates at Northridge Elementary held each other tightly as they told their favorite stories about the kid who enjoyed riding his dirt bike, acting and being a great friend.

"He was always there for us and he never ever gave up on us no matter how mad or sad we were," said one classmate to the crowd.

Parents Dewayne and Kristi leaned on their family for support, as others at the vigil penned messages of love to be compiled in a notebook. They said the stories being shared now by others show just how much of an impact Quincy had in 12 short years.

"We're overwhelmed with love," said Dewayne Richardson. "That boy was way more special than we thought, and he was special to us."

Quincy's father said this huge support system is keeping them going right now, and he still hopes to talk to the driver involved with the crash, which he believes may help both of them cope with their grief.

Northridge is planning a fundraiser in Quincy's name and a GoFundMe page for funeral expenses has raised nearly $10,000 so far.