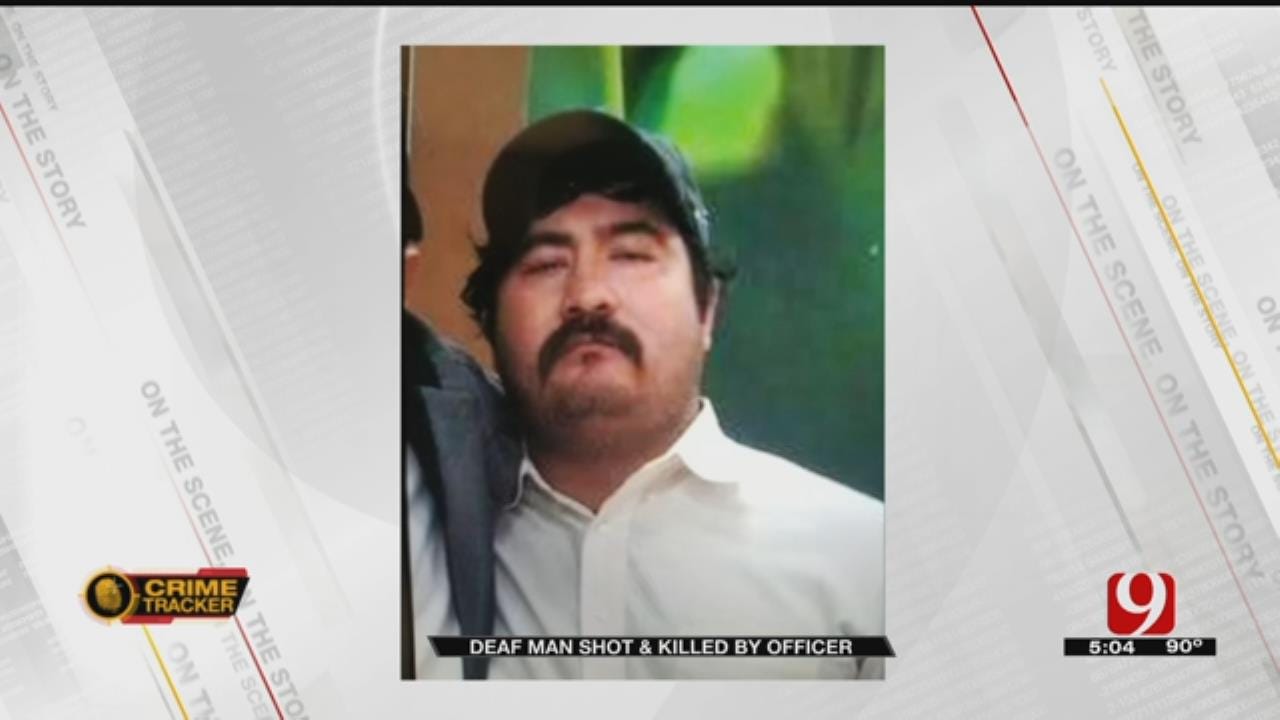 An Oklahoma City police sergeant is under investigation for the shooting of a deaf man.

Witnesses said 35-year-old Magdiel Sanchez was deaf and could not understand the officers' commands.

This is now a homicide investigation and Sgt. Christopher Barnes is now on paid administrative leave.

Neighbors described the Tuesday night scene as chaotic. One neighbor who did not want News 9 to use his name, witnessed the entire incident.

"I didn't sleep all night," said the witness.

He said Sanchez was walking down the street when he was confronted by police. Leiutenant Matthew Lindsey was the first on scene. Police said he was looking for the truck that left a hit-and-run accident. The driver of the truck happend to be Sanchez's father.

"I guess he didn't have a driver's license," said witness. "That's the reason he left."

Police said Sanchez was holding what appeared to be a pipe and moved toward the officer. Sgt. Barnes arrived as back-up.

"Verbal commands were being given to this individual to drop the weapon and get on the ground," said OKC Police Capt. Bo Mathews.

Witnesses said the pipe Sanchez held was not a weapon but a stick he walked with and he was using hand motions to communicate with officers.

"The guy does movements," said witness. "He don't speak, he don't hear so mainly it's hand movements that he does."

He said when Sgt. Barnes drew his gun and Lt. Lindsey pulled a taser, he and several neighbors shouted to the officers that Sanchez was deaf.

"I believe they did hear me," said the witness. "Because they turned around and looked at me."

The disabled man was shot and killed in his front yard.

But neighbors said Sanchez did not pose a threat to the officers and did not deserve to be gunned down.

"They killed an innocent man," said the witness.

Police said Sanchez did not have a criminal history. Neighbors said besides being deaf, Sanchez was mentally disabled. His family is hiring an attorney to review the case.